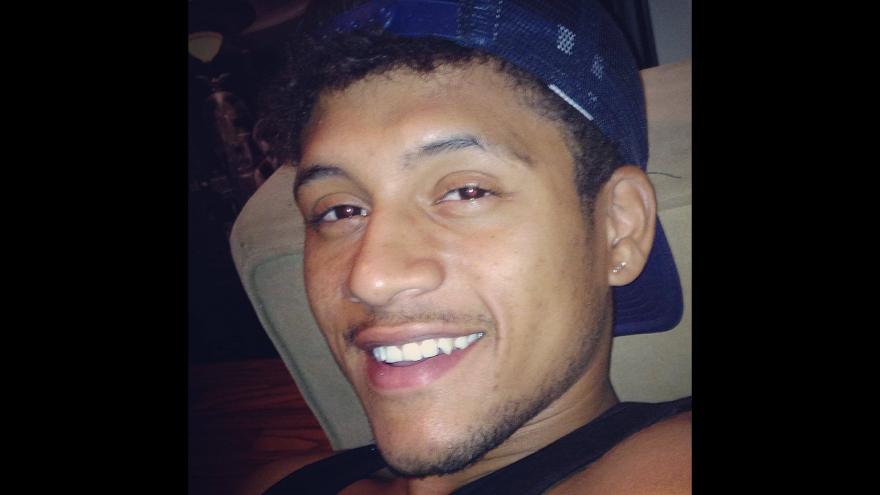 (CNN) -- A former Georgia police officer was sentenced to 12 years in prison Friday for the killing of a mentally ill, unarmed and naked black man in 2015.

DeKalb County Superior Court Judge LaTisha Dear Jackson gave Robert "Chip" Olsen a 20-year term, with 12 years to be served in custody. Under the sentence, Olsen is prohibited from working in law enforcement, possessing firearms or profiting from the case.

Dear Jackson praised what she said was the strength, fortitude and compassion of the family of the victim, 26-year-old Afghanistan war veteran Anthony Hill. She said she had also watched the defendant closely during the trial.

"Many might have thought you were stoic and void of emotion," the judge told Olsen. "From the time opening statements started, I saw the tears that you've had. I saw how you replayed March 9, 2015, in your head."

Prosecutors had asked the court for a 25-year sentence with five years probation.

A jury last month acquitted Olsen of murder in the March 2015 death of Hill but found him guilty of aggravated assault, making a false statement and two counts of violation of oath.

Jurors deliberated for more than a week. Olsen had faced up to 35 years in prison.

Before sentencing, the court heard from Hill's mother, father and sister.

"The decision Robert Olsen made that day changed my life forever," said his mother, Carolyn Baylor Giummo. "It was the worst day of my life."

She remembered her son as a compassionate child, a talented choir singer and student-athlete whose life seemed to change after his deployment to Afghanistan.

"He didn't come back unscathed," she said. At the time of the shooting, Hill had had stopped taking his medications because of side effects and suffered a breakdown, she said.

Giummo recalled her father always telling her and his grandchildren that "if you're ever in trouble, run to the police."

"The jury may have found Mr. Robert Olsen not guilty of murder but he still killed my son," she told the court. "He has never taken responsibility for taking my son's life. He's never just said, 'I'm sorry for killing Tony.'"

Anthony Hill, Sr., said he felt as if he had failed as a father for not protecting his son. He lamented that the defendant never once looked him in the eye with an expression of remorse.

"I stood out in that passageway many a day just hoping to make a little bit of eye contact," he said. "Not one time would he look my way."

Olsen's wife, Catherine, read a statement in court. She said one of the few times she saw her husband break down emotionally was after he killed Hill.

"He was mourning for the individual whose life he had taken," she said, adding that she and Olsen recognize the pain of Hill's family.

"I cannot imagine how hard this had been for his parents and family," she said.

Catherine Olsen was overcome by emotion as her husband was taken away by officers after the sentencing.

Olsen did not address the court.

Before the shooting, someone in Hill's neighborhood called police to report a man was "acting deranged, knocking on doors, and crawling around on the ground naked," then-DeKalb County Police Chief Cedric Alexander said then.

Olsen was dispatched, and "when (Hill) saw the officer, he charged, running at the officer. The officer called him to stop while stepping backwards, drew his weapon and fired two shots," Alexander said.

Defense attorney Amanda Clark Palmer said Olsen, who worked for the DeKalb County police, was "a good cop who had to make a tough decision."

Hill's girlfriend previously said he had a history of mental illness and struggled to get the support he needed from the Department of Veterans Affairs. He had stopped taking his medication shortly before his death, she said.

During closing arguments, the prosecution claimed Olsen did not follow protocol for using force. Assistant District Attorney Lance Cross said Olsen could have used a baton on Hill.