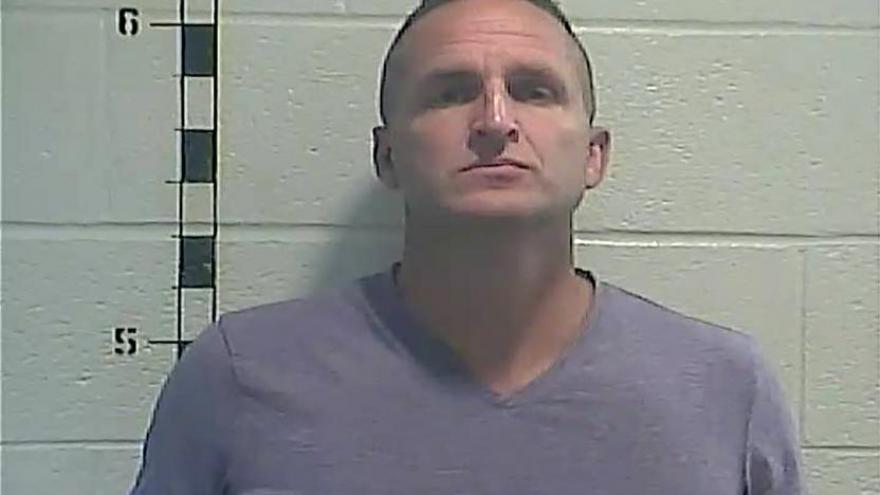 Breonna Taylor's mother doesn't believe the trial of a former Louisville, Kentucky, police officer involved in the botched raid that left her daughter dead will lead to justice, but she'll be there anyway.

(CNN) -- Breonna Taylor's mother doesn't believe the trial of a former Louisville, Kentucky, police officer involved in the botched raid that left her daughter dead will lead to justice, but she'll be there anyway.

"I just feel like my appearance should be seen and felt," Tamika Palmer said of the trial of Brett Hankison on wanton endangerment charges for shooting into the apartment of one of Taylor's neighbors on the night of the March 2020 narcotics raid.

No one was charged for Taylor's actual killing. Hankison, who is expected to take the stand, faces three counts of felony wanton endangerment for allegedly blindly firing 10 shots. He pleaded not guilty. Opening statements in the trial are scheduled to start Wednesday after a jury was selected a day earlier.

Hankison's bullets went through a door and window in an adjacent apartment where a pregnant woman, a man and a child were home, according to the state attorney general. Only Hankison was charged. His bullets did not strike Taylor, whose death sparked a protest movement demanding police reform.

The long-awaited trial, which was delayed because of a case backlog caused by the Covid-19 pandemic, could provide a measure of justice for the neighbors whose lives were put in danger -- but not for Taylor and her supporters, according to her mother and the attorney for her family.

"The purpose of Tamika and family members going to the trial is ... that Brett has to see, face to face, (that) -- you impacted our family. You did something horrible. You need to be convicted. You need to go to prison," Lonita Baker, the family attorney, told CNN. "But justice for the neighbors is not enough."

Hankison will testify in his defense, attorney tells potential jurors

On March 12, 2020, a Jefferson County Circuit Court judge approved five search warrants for locations linked to Taylor's ex-boyfriend, a convicted felon suspected of supplying a local drug house. One of those locations was Taylor's residence.

Hankison and other officers executed the no-knock warrant at Taylor's apartment in the early hours of March 13. Taylor was in bed with her boyfriend, Kenneth Walker III, when the officers battered down the front door.

The couple yelled to ask who was at the door but got no response, according to Walker. Thinking the officers were intruders, Walker grabbed a gun he legally owned and fired a shot.

That triggered a volley of fire from the officers. Taylor, who was standing in a hallway with Walker, was shot eight times. Walker was not injured.

"Somebody kicked in the door and shot my girlfriend," Walker said in a 911 call.

Hankison had been standing outside the apartment and is accused of blindly firing through a door and a window. His bullets entered a neighboring apartment.

Walker was at first charged with attempted murder of a police officer and first-degree assault for shooting Detective Myles Cosgrove in the leg -- but prosecutors later dropped the charges.

The officers were not wearing body cameras.

Hankison was fired in June 2020. Cosgrove was fired in January 2021 for use of deadly force for firing 16 rounds into Taylor's home and failing to activate his body camera, according to a copy of his termination letter. Sgt. Jonathan Mattingly retired in April 2021.

Mattingly and Cosgrove were not indicted. Kentucky Attorney General Daniel Cameron has said they were justified in shooting in self-defense, because Taylor's boyfriend fired first.

No drugs were found in the apartment, and Taylor's family and their attorney have maintained she was not involved in her ex-boyfriend's alleged drug deals.

"We look forward to the upcoming trial where, hopefully, the true narrative of this unfortunate incident will be told and correctly reported," Hankison's attorney, Stew Mathews, said in a statement last month.

The prosecution is expected to call Louisville Metro Police Department firearms instructors as well as state and federal firearms examiners that looked at the bullets and casings and an expert on the trajectory of bullets. They will also call people who were in the neighboring apartment at the time of gunfire.

The state also filed notice of its intent to present evidence of an October 2016 foot chase in which Hankison "drove his van ... onto a sidewalk where he struck his fellow officer, causing serious injuries to the officer," including a fractured spine. The department's professional standards unit found Hankison "failed to drive with 'due regard for the safety of all persons.'"

Hankison will testify in his own defense, one of his attorneys told potential jurors. Cosgrove is also on the defense witness list, and Mattingly will assert his Fifth Amendment right to not testify but his video deposition will be played for the jury, according to court documents.

A defense lawyer said in court that photos of Taylor's body may be shown and jurors may visit the shooting scene this week.

Each count carries a one- to five-year prison term, according to the indictment.

'Breonna's Law' and other reforms

In Louisville, the shooting and its aftermath led to the passing of "Breonna's Law" in June 2020, which bans such warrants and requires officers to wear and activate body cameras when carrying out search warrants.

In April 2021, the Kentucky state legislature passed a bill setting restrictions on no-knock warrants but did not outlaw them.

The city of Louisville agreed to pay a historic $12 million in a settlement with Taylor's family in September 2020. It included an agreement for the city to introduce police reforms.

Still, nearly two years after her daughter was fatally shot by police, Palmer said she feels "frustrated, angry, heartbroken, disappointed" and unable to trust the US justice system.

"To come up on two years and still be fighting this thing as if it was yesterday is insane to me," she said.