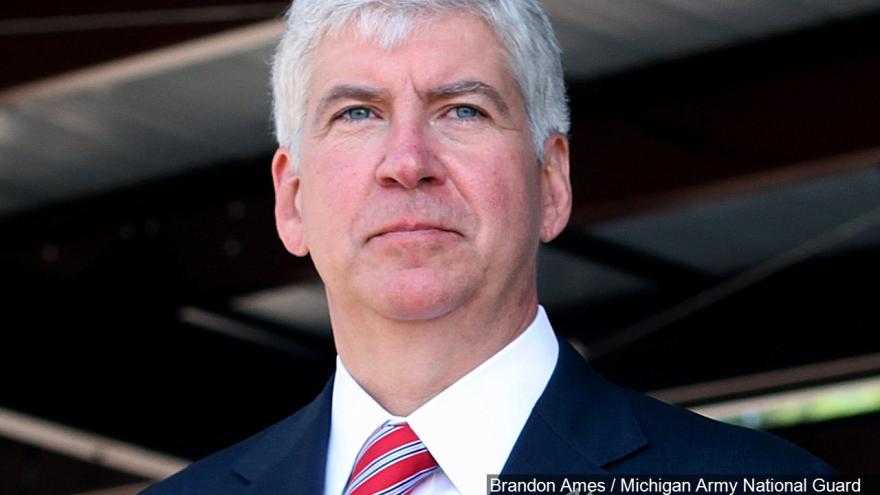 Sens. Kamala Harris and Elizabeth Warren have made steep gains after the first Democratic presidential debate, a new CNN poll conducted by SSRS. shows, with former Vice President Joe Biden's lead over the field shrinking to a narrow 5 points.

(CNN) -- Former Michigan Gov. Rick Snyder began an appointment at the Harvard John F. Kennedy School of Government on Monday, drawing ire of many who fault him for the lead water crisis in Flint, Michigan.

Harvard's statement makes no mention of Snyder's role in implementing and overseeing the law under which the emergency managers were appointed or the governor's role in overseeing those state officials.

Professor Jeffrey Liebman commends Snyder in the statement for his "significant expertise in management, public policy and promoting civility."

CNN has reached out to the Harvard Kennedy School seeking comment on the announcement.

The water crisis kicked into high gear after the switch in water sources took place. Corrosion controls were never applied to the water taken from the Flint River, and the acidity of the river's water caused lead to leech from the city's pipes into water that went into residents' homes.

Various state and city officials have faced felony charges for their roles in the water crisis, but many of those charges were dropped last month as prosecutors restart investigations into the crisis. More than a dozen lawsuits have been filed against Michigan and the city of Flint.

Snyder, a Republican, served as governor of the state from 2011 until January 1, when Democratic Gov. Gretchen Whitmer was sworn in. He has not been charged related to the crisis.

His cell phone, hard drive, iPhone and iPad were seized last month as a part of the state's renewed investigation into the Flint water crisis. Snyder said he was not in possession of the items that were seized because he had turned those materials over to the state when he left office.

Snyder's Harvard appointment sparked furor in Michigan among Democrats and progressive activists who point the finger at him for allowing the water crisis to take place. A state report from March 2016 found that "ultimate accountability for Michigan executive branch decisions rests with the Governor" but Snyder's decision-making was "compromised" by information given by the Michigan Department of Environmental Quality and Michigan Department of Health and Human Services.

"Rick Snyder's appointment to a fellowship at Harvard is an insult to the people of Michigan, especially the Flint residents who suffered because of his failure," the group said on Twitter.

"Gov. Snyder was directly responsible for the decisions that poisoned the city of Flint which is now going on over FOUR YEARS," the petition stated. "Four years where the people of Flint have had to use bottled water to eat, drink, clean & wash with. Four years of no answers from the government of Michigan. Four years in the courts trying to get restitution. Gov. Snyder is currently being sued for his role in the Flint water scandal, it is appalling to see his lack of leadership and CRIMINAL abuse of the people of Michigan rewarded with a fellowship at Harvard."

CNN has reached out to Snyder's attorney for comment on the backlash to the appointment.

In congressional testimony in 2016, Snyder said he took responsibility for the state's failures but that other areas of government had failed as well.

"I have accepted responsibility because those people work for me, but it's something different to have this continuing dialogue to say this was solely us," he told the House Oversight and Government Reform Committee.