Former NFL player Phillip Adams is suspected of killing 5 in South Carolina, official says. He took his own life. 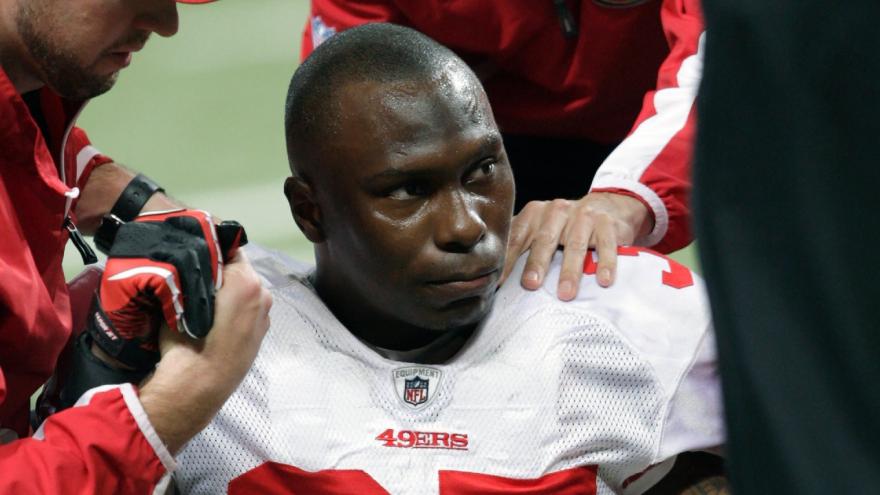 Adams, 32, was later found dead in a nearby home outside the city of Rock Hill of a self-inflicted gunshot wound after a standoff with police, the York County coroner's office said.

The slain grandchildren were ages 5 and 9, the county coroner's office said.

Sheriff's spokesman Trent Faris did not immediately name the suspect, nor did he answer reporters' questions early Thursday about whether that person was in custody or even alive.

Investigators believe the suspect was the only assailant, and are trying to figure out what led to the shooting, Faris said.

"This is a tragic, tragic situation. ... None of us can figure out why" it happened, Faris told reporters early Thursday in a news conference recorded by CNN affiliate WBTV.

Adams played in the NFL as a defensive back from 2010 to 2015 for teams including the San Francisco 49ers, Seattle Seahawks, Oakland Raiders, New York Jets and Atlanta Falcons.

He played at South Carolina State University before that. His SCSU biography page lists his hometown as Rock Hill.

The sheriff's office has said it will have a news conference on Thursday afternoon.

Authorities were called around 4:45 p.m. to a home just south of Rock Hill, a city of about 73,000 people on the other side of the state line from Charlotte, North Carolina, authorities said.

Officers found the six people shot. Lewis was working at the home, authorities said, without elaborating.

A sixth person was taken to a hospital with "serious gunshot wounds," Faris said. The person's name and condition information weren't released.

After learning a suspect may be nearby, officers found a suspect in a home on the same road, Faris said.

Doctor had been practicing in area since 1981

The sheriff's spokesman said said he knew Lesslie, and that "Dr. Lesslie was my doctor growing up."

"Dr. Lesslie has been one of those people that everybody knows. He started Riverview Medical Center in Rock Hill and it has been a staple in Rock Hill for years," Faris said.

"If you are from Rock Hill and you are from around this area, the people who are involved are very prominent and very well known in York County," Faris said.

Lesslie was the founder of Riverview House Calls and Riverview Hospice and Palliative Care, according to the services' joint website, and had been practicing in Rock Hill since 1981. In a personal bio page, Lesslie says he and his wife had been married for 40 years, raised four children and had nine grandchildren.

"In my spare time, I enjoy writing, golf, hunting, growing fruit and hops, and bagpiping," the bio page says.

His website lists several books he authored, including 2008's "Angels in the ER," a book about faith in God and the work of nurses, doctors and others during trying circumstances during his years working in an emergency room.

"I've been an observer of human condition as well as a physician. There's no better place to be an observer than the ER," he told The Herald of Rock Hill about the book in 2008. "You find out what people are about. Everybody has something to teach us. I wanted to do this from a spiritual perspective. Once that became clear to me, it wrote itself."