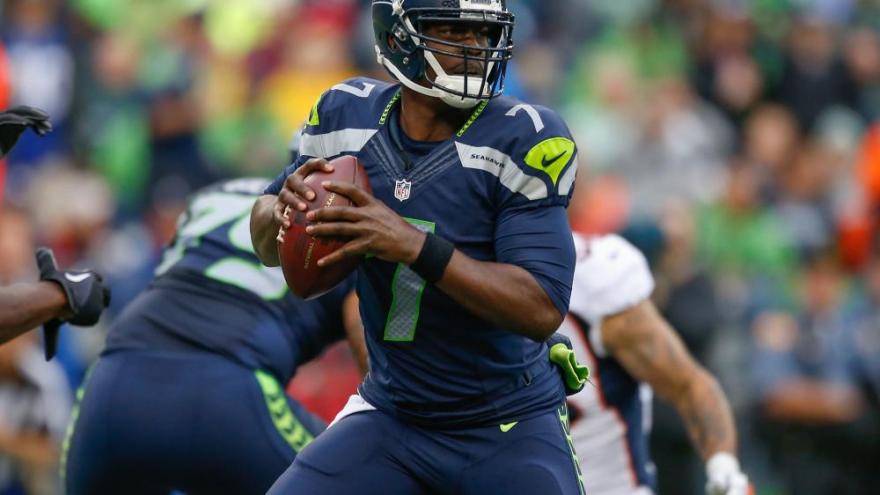 (CNN) -- Former NFL quarterback Tarvaris Jackson died in a car crash in Alabama on Sunday night. He was 36 years old.

Jackson was killed when the 2012 Chevrolet Camaro he was driving "left the roadway, struck a tree, and overturned," a spokesperson for the Alabama Law Enforcement Agency told CNN.

The former Minnesota Vikings and Seattle Seahawks quarterback was transported to a hospital where he was pronounced dead. The crash occurred about 7 miles south of Montgomery, his hometown.

"Our entire Vikings family is saddened by the news of Tarvaris Jackson being taken from us too soon," the Minnesota Vikings said on Twitter. "One of Tarvaris' greatest attributes was his positive outlook and approach. He genuinely cared about others, was a good friend and will be missed by family, teammates, and Vikings fans everywhere."

Jackson joined Tennessee State University as the Tigers' quarterbacks coach in 2019 after coaching at Alabama State, his alma mater, for a year. During his 10-year career with the NFL, he accumulated 45 career touchdowns.

Jackson leaves behind his wife Lakitta and three children, Tarvaris, Takayla and Tyson.

During his time with the Vikings, Seahawks and a one-year stint with the Buffalo Bills, Jackson made a long lasting impression on his teammates, coaches, and friends.

"TJack. . . you will be missed. Praying for your family. . .Love you man," Jackson's former teammate Russell Wilson tweeted.

"Tarvaris Jackson was a beloved teammate, competitor, and Seahawk," said Pete Carroll, head coach of the Seahawks. "He will be deeply missed. So heartbroken by the news of his passing and sending our condolences to his family and friends. We love you forever."

"During 2 training camps I competed with Tarvaris Jackson for the starting spot with the Vikings before Favre arrived both seasons," Sage Rosenfels, Jackson's former teammate, said on Twitter. "For two guys fighting for the same job, we got along exceptionally well. TJack loved his family and teammates, and they loved him back. RIP #7."

"RIP Tavaris Jackson," Chad Greenway, Jackson's former Vikings' teammate, tweeted. "TJack was one of the best teammates and friends. Drafted together in 06' and he will be missed."