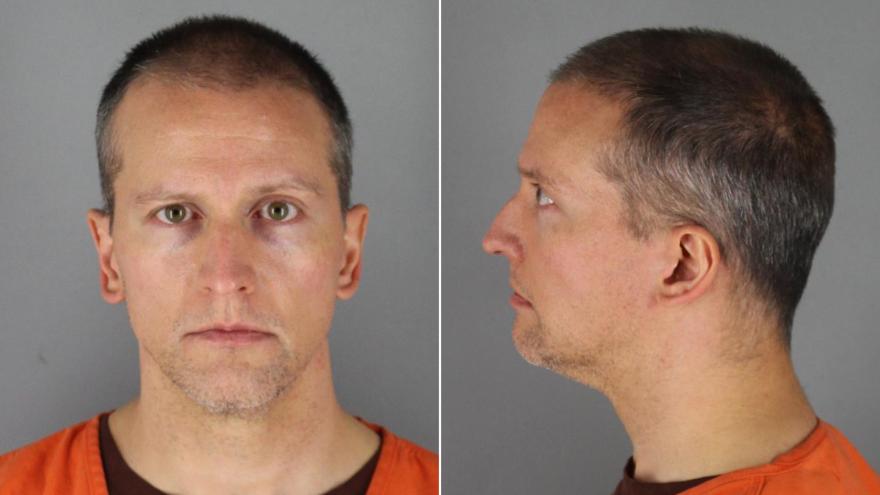 (CNN) -- Former Minneapolis police officer Derek Chauvin has asked a judge to dismiss murder charges against him in the death of George Floyd.

Floyd's killing sparked protests against systemic racism and police brutality around the world.

Meanwhile, prosecutors said Friday that Floyd's killing was so cruel that they want stricter sentences than recommended by state guidelines if Chauvin and the three other officers involved are found guilty.

Prosecutors filed a notice that they will be asking for an "upward sentencing departure" in the cases of Chauvin, J. Alexander Kueng, Thomas Kiernan Lane and Tou Thao.

Attorney General Keith Ellison did not define what the request will be, but he told the judge he has reason to go beyond the "sentencing guidelines grid" used in Minnesota to factor in a convicted person's past criminal history.

"Mr. Floyd was treated with particular cruelty," prosecutors wrote. "Despite Mr. Floyd's pleas that he could not breathe and was going to die, as well as the pleas of eyewitnesses to get off Mr. Floyd and help him, Defendant and his codefendants continued to restrain Mr. Floyd."

The state also argues that the case has aggravated circumstances because Floyd was particularly vulnerable in handcuffs, and also claims that the officers abused their authority.

The other three former officers earlier filed motions to dismiss. Judge Peter Cahill has not yet ruled on any of them.

Chauvin also wants Hennepin County Attorney's Office disqualified, in part because of what Chauvin's attorney called "an inappropriate, pretrial publicity campaign," according to the filing. Cahill has denied a similar request by another former officer.

CNN reached out to the officers' attorneys for comment but has not heard back.