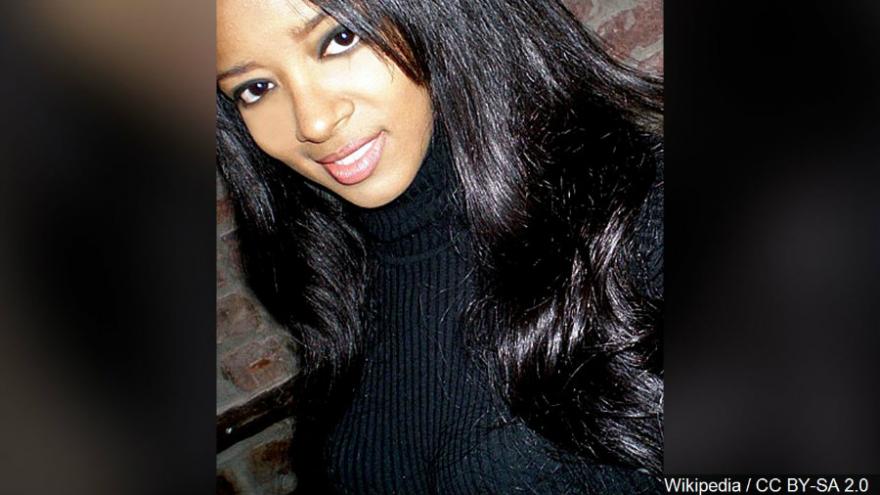 NEW YORK (AP) — A former Playboy centerfold involved in a custody battle apparently jumped with her 7-year-old son to their deaths from the 25th floor of a Manhattan hotel, law enforcement officials said Friday.

Stephanie Adams and her son Vincent fell 23 floors and were found on a second-floor balcony at about 8:15 a.m. Friday in the rear courtyard of the Gotham Hotel.

They had checked into the hotel's penthouse suite at about 6 p.m. Thursday, officials said, just hours after she told the New York Post that her husband and his lawyer were blocking her from taking her son away on vacation.

"All I want to do is take my son and get away from this nightmare for a few days," the Post quoted Adams as saying. "But they won't let me."

The law enforcement officials said the 46-year-old Adams, who first posed for Playboy in 1992, was involved in a custody dispute over Vincent with her estranged husband, a Manhattan chiropractor named Charles Nicolai. They said police had been called to their home several times in the past few months. The officials were not authorized to speak publicly and spoke to The Associated Press on condition of anonymity.

Nicolai's lawyer did not immediately respond to an inquiry about the case. A receptionist who answered the phone at Nicolai's office said he would not comment and was unreachable.

Adams and Nicolai had been in "a very tough custody case," said Raoul Felder, a divorce lawyer who represented her for a time. The standoff was contentious enough that the former couple handed off their son to each other at a police precinct, an arrangement that's unusual but not unheard of, Felder said.

Felder said he had been friends with Adams for 20 years but stopped representing her in the divorce case a couple of months ago. Recently, she had been hoping to go to Europe to be with a boyfriend there, and that had become an issue in the case, he said.

Still, "she was never depressed while I knew her. She had certain problems, but depression wasn't one of them," Felder said.

Felder recalled her as "sweet and ultra-polite" — she always called him "Mr. Felder" despite their long friendship. She would sometimes stop by his office to say hello, bringing her son, who loved to play with a Superman statue in the office, Felder recalled.

And she routinely sent him birthday cards, until his birthday passed this month without one.

She also stayed in touch with Sanford Rubenstein, an attorney who represented her in a 2006 lawsuit against the police department, a taxi company and a cab driver.

Her suit said that the driver falsely told police she had a gun and that police then assaulted her. Officers forced her to the ground, although they could see she didn't have a gun in her hand and there was nowhere she could have concealed one in her clothes, according to a judge's decision. A jury awarded her $1.2 million in city money, but the judge later reduced it to $373,000.

Rubenstein said he knew she'd been dealing lately with a custody clash but would never have foreseen a suicide.

"She was a vibrant woman, she had strong opinions, and she loved her kid," he said. "She loved that child. It's unexplainable."

Adams was Playboy's "Miss November" centerfold in 1992. She appeared again in Playboy in 2003, and she had also worked with Elite Model Management. The New York Post profiled Adams in 2013, saying that she had by then written more than 25 self-help books, ran an online beauty products company called Goddessy Organics, and managed the finances in her husband's office.

"The stereotypes are sexist and unfair," Adams told the Post in the 2013 profile. "Just because I look a certain way and have expensive tastes, it doesn't mean I'm shallow. Style and looks don't mean lack of brains, sweetheart!"

The Gotham Hotel is on 46th street, about four blocks from Grand Central Terminal.