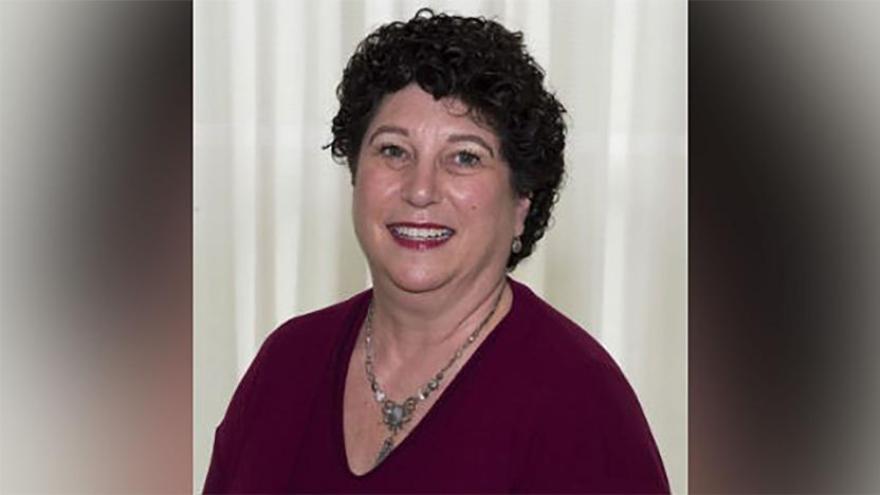 Jacki Sundheim has been identified by her synagogue as one of the six people killed in the Fourth of July parade shooting in Highland Park, Illinois.

(CNN) -- What was supposed to be a patriotic celebration turned into a day of tragedy and fear when a gunman killed seven people and injured dozens more at a July Fourth parade in Highland Park, Illinois.

Now, yet another community in America is grieving the loss of family and friends. Among those killed are the parents of a 2-year-old boy, two beloved grandfathers and a lifelong synagogue member.

Irina and Kevin McCarthy, ages 35 and 37, were identified by the Lake County Coroner's Office on Tuesday. Their son, Aiden, was found alive and taken to safety in the aftermath of the violence, the family told CNN.

In total, about 45 people were injured or killed in the shooting, according to the Lake County Sheriff's Office.

Complete coverage of the shooting

Here's what we know about the lives lost:

"Cassie looked up at the rooftop and saw the man with the gun," Craig said. "She said, 'Mom, we have to run,' and they ran. They were running side by side when a bullet entered Katie's chest."

Cassie called Craig to tell him about the shooting and he rushed to the parade with his other daughter, wanting to help. She remained on the move as they spoke by phone.

"I could hear Cassie in the background and she was screaming, 'Mom is dead! Don't come!' She was afraid for us," he said. "It seemed unreal but I didn't want to leave Cassie by herself. I wanted to find Cassie."

Cassie saw her mother fall to the ground but got the chance to tell her "I love you" one last time before she closed her eyes, Craig said, but then a stranger grabbed her and told her she had to keep running.

He described Katherine as a kind, selfless and funny person who was devoted to her family and spent her evenings playing games with her daughters.

"I could not imagine a better mother," he said. "She loved to go bird watching. In the spring, she was out every morning with her binoculars."

Katherine is survived by her two daughters and husband.

Irina and Kevin McCarthy, who were killed in the shooting, are the parents of a toddler who was found alive, according to a family member.

Irina Colon, who is related to Irina McCarthy, shared an undated photo with CNN of the couple at their wedding in Chicago.

Colon said she was not at the parade and found out about the couple's death from Irina McCarthy's father. The couple's 2-year-old son, Aiden, will now be cared for by family members, Colon said.

A verified GoFundMe campaign that Colon began said that in the aftermath of the violence, the young child was taken to safety by community members before his grandparents were located.

In the 24 hours since Colon created the campaign, more than $2.5 million has been raised in donations. The initial target was $500,000, and more than 46,000 people have contributed to the campaign, with donations ranging from $5 to $18,000. Colon did not immediately respond to a CNN request for comment on the surge of donations Wednesday.

Michael Levberg, Aiden's grandfather was eventually reunited with his grandson after the boy was taken to a police station, he told the Chicago Tribune on Tuesday.

"When I picked him up, he said, 'Are Mommy and Daddy coming soon?" Levberg said Tuesday evening. "He doesn't understand."

"At two years old, Aiden is left in the unthinkable position; to grow up without his parents," the campaign said. "Aiden will be cared for by his loving family and he will have a long road ahead to heal, find stability, and ultimately navigate life as an orphan. He is surrounded by a community of friends and extended family that will embrace him with love, and any means available to ensure he has everything he needs as he grows."

"On behalf of his family, and with their permission, I am establishing this fundraiser to support him and the caregivers who will be tasked with raising, caring for, and supporting Aiden as he and his support system embark on this unexpected journey," it added.

The GoFundMe page had raised more than $2 million by Wednesday morning.

Jacki Sundheim was also identified by her synagogue as one of the people killed.

The North Shore Congregation Israel in Glencoe said in a statement Sundheim was a lifelong congregant and a member of the staff, having been a preschool teacher and events coordinator.

"There are no words sufficient to express the depth of our grief for Jacki's death and sympathy for her family and loved ones," the statement said. "We know you join us in the deepest prayer that Jacki's soul will be bound up in the shelter of God's wings and her family will somehow find comfort and consolation amidst this boundless grief."

Father of eight and grandfather to many, Nicolas Toledo had been visiting his family in Highland Park from Mexico and was identified as a victim in Monday's shooting, an official from the state of Morelos told CNN.

Mexican officials issued a news release identifying Toledo as Nicolas "N," a customary practice in Mexico where authorities use "N" for any last name in official documents, under a law governing human rights and the protection of victims' privacy.

Toledo loved fishing, painting and going on walks with his family in the park, one of his granddaughters, Kimberly Rangel, told CNN affiliate WBBM.

Toledo's family set up a GoFundMe page to raise money to repatriate him to Mexico.

"What was suppose(d) to be a fun family day turned into a horrific nightmare for us all," the organizer of the GoFundMe and another granddaughter, Xochil Toledo wrote. "As a family we are broken, and numb."

She described her grandfather as a "loving man" who was "creative, adventurous and funny."

Six of Toledo's eight children live in the United States, Mexican authorities said in a statement. One was injured in the shooting alongside two other members of the Toledo family.

Stephen Straus, an 88-year-old man identified by authorities as one of the victims, was full of life, his grandsons said.

"He was very active, he enjoyed life," Maxwell Straus, 18, told CNN. "He attended music festivals, loved to get outside, and biked into his 80s."

He said his grandfather had recently mentioned he was going to the parade and was "very excited."

When news about the shooting surfaced, Maxwell's father grew very worried after Stephen Straus did not pick up the phone. A few hours later, the hospital called to confirm his death.

"It was shocking, hard to imagine," Maxwell Straus said.

Tobias Straus, 20, told CNN that hearing the news of his grandfather's death was "the worst thing imaginable to happen."

"He had a lot of life left in him, he was not ready to go by any means," Tobias Straus said. "This just doesn't happen in other places, and I have no doubt that if America had better gun control my grandfather would be alive."

"The gun lobby and America's cultural worship of guns is deadly. It kills grandfathers," he added.

Straus' grandsons told CNN they had a close relationship with their grandfather and would see him almost every Sunday -- for the usual family dinner.

Eduardo Uvaldo, 69, initially survived being shot and was on life support fighting for his life at Evanston Hospital, but passed away Wednesday morning, his daughter Karina Uvaldo-Mendez told CNN.

"Doctors said there's nothing they can do," Uvaldo-Mendez said, but added her father was still breathing on his own until Wednesday morning.

Uvaldo was shot in the arm and then the back of the head, according to a verified GoFundMe campaign. His wife and grandson also sustained injuries, Uvaldo-Mendez said.

Uvaldo-Mendez told CNN that her mother got struck with bullet fragments on her forehead and hand, and added that while she was physically doing OK, "emotionally, she's distraught."

Eduardo Uvaldo and his wife celebrated 50 years of marriage a few months ago, his daughter said, adding, "his four daughters and my mom were his everything."

Uvaldo-Mendez described her father as hard-working: From time to time he liked to remind his daughters that he worked for 30 years and never missed a single day, she said.

He tended to avoid parades because he doesn't like crowds, she said -- but he did like the one at Highland Park and it was the only one he attended annually.

He would have turned 70 on Friday, his daughter said.

Injured from the stampede of parade-goers

The patients ranged in age from 8 years old to 85 years old, and four or five were children, Temple said.

Barbara Medina, 46, was also injured -- not by gunfire, but by the stampede as people fled the area in an effort to escape the chaos.

Medina was marching in the parade when she heard gunshots, she told CNN. A sea of people rushed toward her, so she dropped a banner she was holding, grabbed her 7-year-old daughter and her scooter and ran. She was separated from her 12-year-old son and her father.

At one point, Medina tripped on her scooter and fell on her left arm. It wasn't until hours later -- and after she made it to safety with her daughter and learned her son and father were also safe -- that Medina went to a medical facility and was told a bone in her arm was broken.

"I'm just grateful that we're all safe," she said. "It'll be a long healing process."