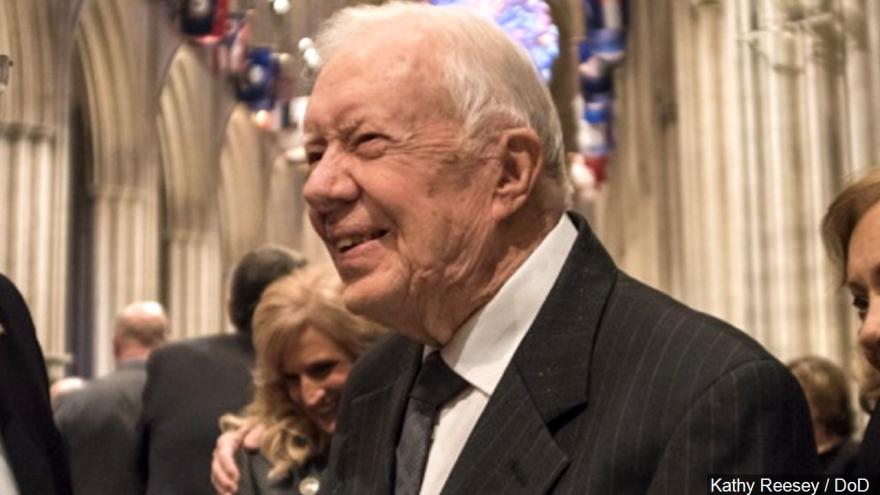 Carter has no public celebrations planned Tuesday but in the coming days he will travel to Nashville with his wife, Rosalynn, to help build houses for Habitat for Humanity.

Carter became the longest-lived president in history this spring.

The 39th president says he has trouble walking after his hip replacement surgery in May. But he remains active with humanitarian work, his post-presidency Carter Center and teaching Sunday School in his hometown of Plains, Georgia.

Carter has in recent months amplified his criticisms of money in U.S. politics and the country's history of military spending and war. He notes often that the U.S. engaged in no foreign wars during his presidency from 1977-1981.