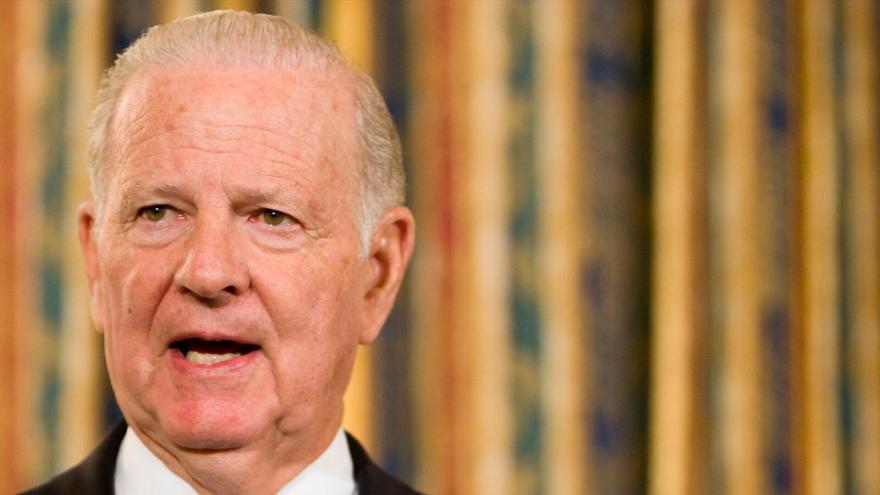 Former Secretary of State James Baker and his wife, Susan, have tested positive for coronavirus and are recovering in isolation in their Houston home.

(CNN) -- Former Secretary of State James Baker and his wife, Susan, have tested positive for coronavirus and are recovering in isolation in their Houston home.

"Neither of them look like they're going to have to be hospitalized," Baker spokesman John Williams told CNN on Thursday evening. And while both have experienced symptoms, James Baker has been able to do office work from home, and Susan Baker has felt well enough to cook, Williams said. "He said he feels crummy."

News of the diagnosis marks just the latest high-profile political figure to contract the virus as the US has struggled to mitigate its spread. Though case rates have dropped in recent weeks, daily deaths -- which experts say can spike weeks after a jump in new cases -- have recently been at a relatively elevated level.

Baker first came to national prominence as chief of staff for President Ronald Reagan, later becoming secretary of the treasury. While serving as secretary of state for President George H.W. Bush, he was a key figure in assembling a coalition of dozens of countries to join the United States in driving Saddam Hussein's Iraqi troops out of Kuwait.

Currently, Baker is the honorary chairman of the Baker Institute of Public Policy at Rice University, and senior partner at the Baker Botts law firm. But he hasn't shied from politics in recent years.

Baker told CNN in 2017 that President Donald Trump's penchant for tweeting would have made his job "a lot harder" if he worked in the current administration.

"A lot of people will tell you they think it's counterproductive," Baker said then of Trump's Twitter habit. "Running a business and running the government are two entirely different undertakings."

"The one thing that I would worry about, if I were one of his senior officials, would be not knowing until 2:30 or 3 in the morning when you see the most recent tweet what the policy was," he continued. "Because when a president of the United States speaks he speaks ... he's creating policy."