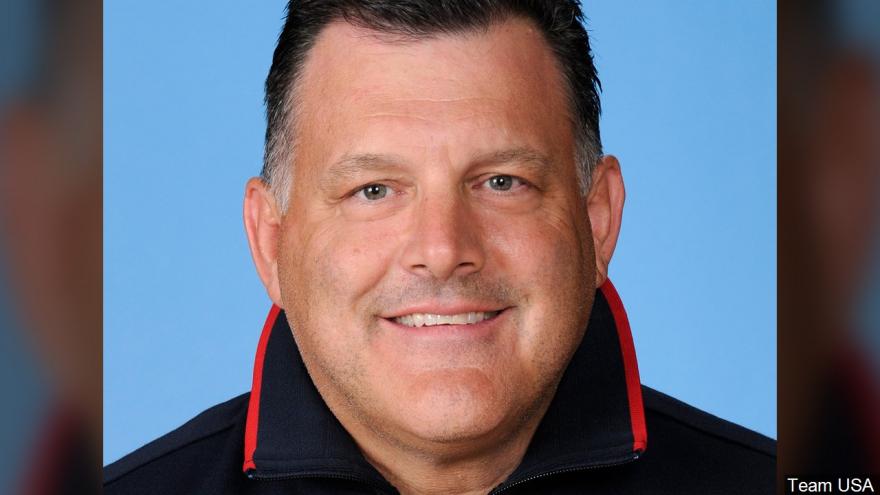 (CNN) -- The former head of USA Gymnastics was arrested and accused of removing documents linked to the Larry Nassar sexual abuse case from the Karolyi Ranch gymnastics training facility in Texas, authorities said.

Steve Penny was arrested Wednesday, nearly three weeks after he was indicted by a grand jury for tampering with evidence, the Walker County District Attorney's office said.

He was detained after US Marshals tracked him to a cabin in Gatlinburg, Tennessee. He is being held at the Sevier County Jail while awaiting extradition to Walker County, Texas.

The indictment claims Penny ordered the removal of documents from the Karolyi Ranch in Walker County, Texas with "the purpose of impairing the ongoing investigation by destroying or hiding the documents," after he learned an investigation was underway, the Walker County District Attorney's office said.

Authorities claim the documents were later delivered to Penny at the USAG headquarters in Indianapolis, Indiana. The records are currently missing.

The documents would have helped law enforcement investigate Nassar and would have "assisted with the investigation of other offenses that may have occurred at the Karolyi Ranch," the district attorney's office said in a statement.

The training center, a 2,000-acre compound about 70 miles north of Houston, is run by longtime gymnastics coaches Martha and Bela Karolyi. It became the US Women's National Team Training Center in 2001 and a US Olympic Training Site in 2011 -- during many of the same years Nassar was the national team doctor.

USA Gymnastics agreed to buy the Karolyi Ranch in 2016 after leasing the center for years but decided not to proceed with the purchase, citing a number of reasons including "unexpected financial expenditures." Earlier this year, the organization cut ties with the facility after several gymnasts, including Simone Biles -- one of the sport's most accomplished stars -- said they were abused by Nassar at the center.

'This is for every little girl'

Penny's attorney, Edith Matthai, said he was arrested while on vacation with his family in Tennessee and had no knowledge that there had been an indictment in Texas.

"If Mr. Penny had any idea he was sought in Texas this would have been appropriately handled through counsel without terrifying his family," Matthai said. She added that he is confident the facts will show he did nothing criminal.

In a statement, USA Gymnastics said Penny resigned from his role in March 2017.

"We support law enforcement's efforts and have fully cooperated with the investigations by the Texas Rangers, Congress and others, and will continue do so to help the survivors and our community heal from this tragedy," the organization said.

But gold medalist Aly Raisman called out the US Olympic Committee and USA Gymnastics on Twitter, and highlighted past praise they'd offered to Penny.

"USAG, you treat your athletes who speak out as adversaries, but you have the nerve to state you continue to support athletes? Just because you say you support athletes in a press release or on twitter doesn't mean anything..." she wrote.

Rachael Denhollander, the first woman to accuse Nassar of abuse, praised the arrest on Facebook.

"This is for every little girl who could have been saved from Larry, and from every coach that Penny received warnings about, and then put into a file cabinet. They are worth it all. May justice continue to be done," she wrote.

If convicted of the third-degree felony charge, Penny could face up to 10 years in prison and up to a $10,000 fine.