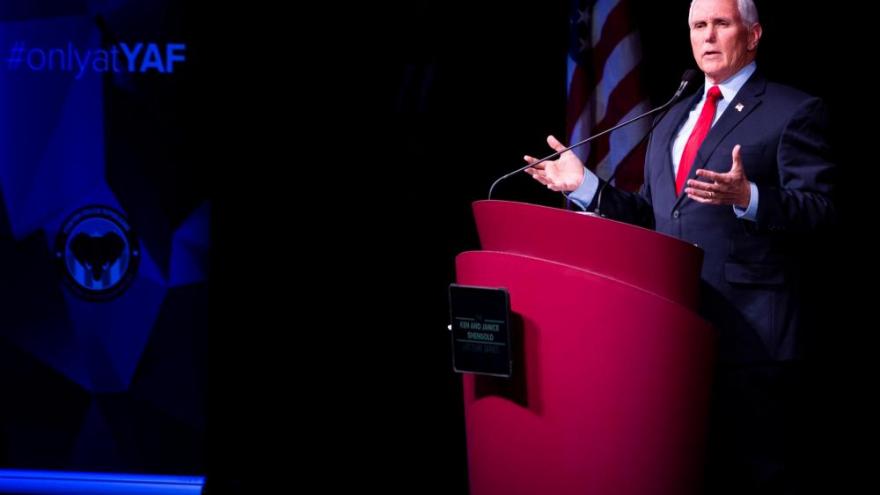 (CNN) -- Former Vice President Mike Pence has debuted a new conservative policy platform that aims to give Republicans a road map as they campaign for reelection this fall -- but it could also become his own platform should he run for president in 2024.

Pence's "Freedom Agenda," unveiled Thursday, features policy proposals that are in step with GOP economic orthodoxy -- from regulatory rollbacks to tax cuts -- along with his recommendations on issues such as school choice that he has spent decades focusing on as a congressman, governor and vice president. It also includes a range of broad policy recommendations on issues that Pence and former President Donald Trump brought to the forefront of the Republican Party during their administration: reining in Big Tech, confronting China, revitalizing American manufacturing and restoring so-called election integrity.

Pence described the platform as a "compelling vision" for GOP officeholders and candidates as they work to "keep America from further decline and decay," according to a press release shared Thursday by his group Advancing American Freedom.

An outline of the agenda also contains several nods to religious conservatives, an audience with whom Pence has long held a deep connection and whose favor he is working to maintain as he weighs his future inside the Republican Party. The former vice president emphasizes the need to protect religious freedom, strengthen US relations with Israel and end federal funding for abortion "once and for all."

But it also contains more recent examples of culture war issues that have dominated GOP politics this election cycle as Republicans have rushed to capitalize on parental frustration over Covid-related school closures and anxieties among conservatives about critical race theory and the participation of transgender athletes in sports.

The agenda is split into three sections -- "American Opportunity," "American Leadership" and "American Culture" -- and also contains recommendations for confronting Russia's aggression and threats to the US posed by China and Iran.

According to the release, a n?umber of former Trump White House officials, conservative leaders and longtime Pence advisers were involved in crafting the policy outline.

Even some top Trump rivals provided input. Pence names Arizona Gov. Doug Ducey, whom Trump has criticized repeatedly for his refusal to embrace falsehoods about the 2020 presidential election, as one of the individuals who helped craft his policy agenda. Other contributors include Kellyanne Conway, former White House counselor; Marjorie Dannenfelser, president of the anti-abortion group Susan B. Anthony List; David McIntosh, president of the anti-tax Club for Growth; and former Wisconsin Gov. Scott Walker, who briefly sought the 2016 GOP presidential nomination.

"The Freedom Agenda presents a bold agenda focused on the future and offers a clear and compelling choice to the American people," Pence said Thursday.