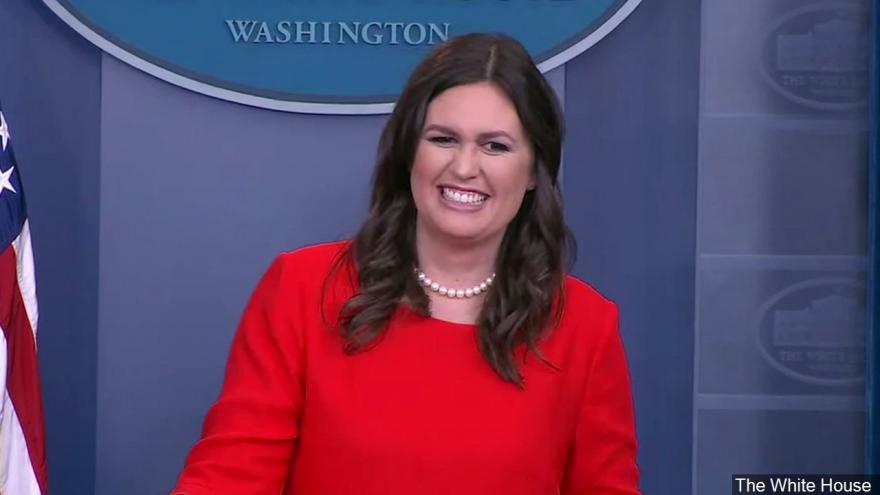 TAIPEI, Taiwan (AP) — Former White House Press Secretary Sarah Sanders is defending President Donald Trump's use of Twitter to get his message out and says the U.S. hopes that unrest in Hong Kong can be handled "both internally and peacefully."

Speaking in Taiwan on Tuesday, Sanders said it was "always positive to have such great access to the president and what his thinking is."

Sanders no longer holds any position in Trump's administration, but she said U.S. policy toward the sometimes-violent anti-government protests in Hong Kong has been consistent and a peaceful resolution is hoped for. Trump has been largely silent on the four-month-old demonstrations.

Sanders also said the administration was behind the president in seeking a fairer economic relationship with China, amid the ongoing trade war between the sides.