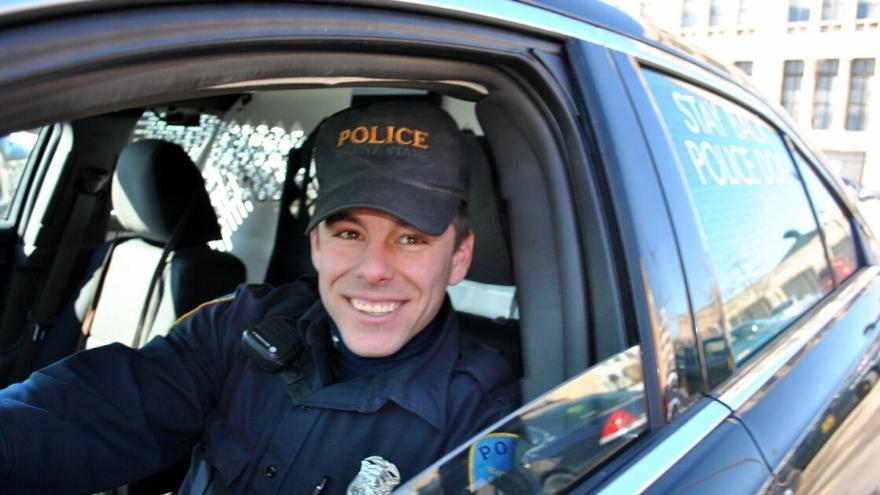 (CNN) -- Friends and family of Collin Rose, a Michigan police officer killed in the line of duty, are still learning to navigate life without him. But approaching the third anniversary of his death, they've found a way to make sure his memory endures.

The Officer Collin Rose Memorial Foundation will pay nearly 600 students' lunch debt at Gull Lake Community Schools in Richland. And his loved ones say it's exactly what Rose, a 2006 graduate of Gull Lake High School, would have wanted.

Rose, a police officer at Wayne State University, was shot in the head during a traffic stop in November 2016. He was 29.

Foundation president Chris Powell told CNN he and Rose were best friends. They worked together at the university and spent hours talking about their lives (they were both engaged to be married at the time of his death), dreams (Rose desperately wanted children) and what to do if the other died.

Rose loved kids, so the decision was an easy one

His death was unexpected, but Powell knew Rose would have wanted to do good by his hometown. It felt natural that money raised by the foundation created in his honor would go to children.

"Kids were Collin's weakness," he said. "He would buy lunch and give people shoes on patrol."

Powell heard about donors who were settling school districts' lunch debt, a generous but rare gift that only a few of the 75% of US schools with outstanding meal debt receive. So he called the Gull Lake school district to see what, if anything, he could do.

"I just figured I'd see if there was a balance," he said. "I didn't expect anywhere near the number."

But the decision to donate the foundation's funding was unanimous. The board settled on a total of $3,501.28 -- a tribute to Rose's badge number, 128.

November marks the three-year anniversary of his death

Since its founding in July 2017, the foundation has set up a scholarship in Rose's name and gave the inaugural award to the grandson of an officer killed in the line of duty. They're accepting nominees for a K-9 safety grant for canine welfare advocates like Rose, who worked in the K-9 unit.

There are plans to do even more to honor Rose, especially now, near the three-year anniversary of his end of watch. His absence is still deeply felt in his former department and by the people who love him.

His parents will present the money to the district later this week. Powell said Rose might not have liked all the publicity, but he certainly would have wanted to be remembered this way.

"This was in Collin's character, and it's consistent with who he was as a person," he said.