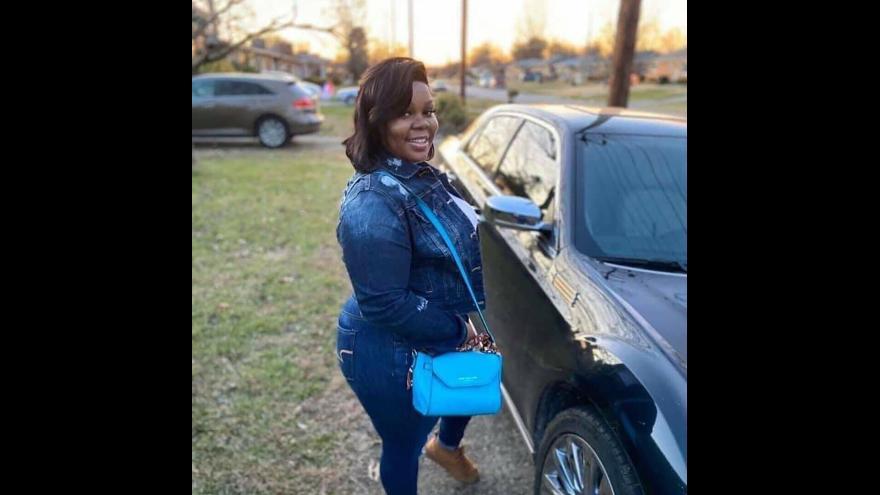 (CNN) -- Four current and former Louisville police officers involved in the deadly raid on Breonna Taylor's home -- including detectives who worked on the search warrant and the ex-officer accused of firing blindly into her home -- were arrested and charged Thursday with civil rights violations and other counts, Attorney General Merrick Garland said.

The charges mark the first federal counts leveled against any of the officers involved in the botched 2020 raid. In addition to civil rights offenses, federal authorities charged the four with unlawful conspiracies, unconstitutional use of force and obstruction, Garland said.

Joshua Jaynes, Kelly Goodlett and Kyle Meany were charged with submitting a false affidavit to search Taylor's home ahead of the Louisville Metropolitan Police Department's March 2020 raid, and then working together to create a "false cover story in an attempt to escape responsibility for their roles in preparing the warrant affidavit that contained false information," according to court documents.

They are also accused of conspiring after the shooting to cover up that the warrant was based on false information, as well as making false statements in interviews with criminal investigators.

"We allege that Ms. Taylor's Fourth Amendment rights were violated when defendants Joshua Jaynes, Kyle Meany and Kelly Goodlett sought a warrant to search Ms. Taylor's home knowing the officers lacked probable cause for the search," the attorney general said.

The affidavit falsely claimed officers had verified that the target of their drug trafficking investigation had received packages at Taylor's address, but Jaynes and Goodlett knew that was not true, Garland said.

"We further allege that defendants Jaynes and Meany knew the search warrant would be carried out by armed LMPD officers and that conducting that search could create a dangerous situation for anyone who happened to be in Ms. Taylor's home," he said.

Jaynes, appearing virtually from a detention facility wearing shorts and a polo shirt, entered a not guilty plea to the charges. Prosecutors are not requesting that he be detained pending trial. But they ask that he be prohibited from contacting any possible witnesses or defendants in the case.

Brett Hankison, who fired 10 shots into Taylor's home and was acquitted on state wanton endangerment charges earlier this year, was indicted on two federal counts of deprivation of rights under color of law. Hankison's attorney declined to comment. Only Hankison was charged at the state level.

Goodlett and Jaynes met in a garage weeks after the botched raid and conspired to relay false information to investigators, the attorney general alleged.

Officers who carried out the search warrant were not involved in the drafting of the warrant and were unaware it contained false information, the attorney general said.

Hankison was on scene when the search warrant was executed and is accused of willfully using unconstitutionally excessive force.

"We share but we cannot fully imagine the grief felt by Breonna Taylor's loved ones and all of those affected by the events of March 13, 2020," Garland said. "Breonna Taylor should be alive today."

"Today was a huge step toward justice. We are grateful for the diligence and dedication of the FBI and the (US Justice Department) as they investigated what led to Breonna's murder and what transpired afterwards. The justice that Breonna received today would not have been possible without the efforts of Attorney General Merrick Garland or Assistant AG for Civil Rights Kristen Clarke," Crump said in a statement. "We hope this announcement of a guilty plea sends a message to all other involved officers that it is time to stop covering up and time to accept responsibility for their roles in causing the death of an innocent, beautiful young Black woman."

In January 2021, the LMPD terminated Jaynes and his colleague Myles Cosgrove. Cosgrove was fired for his use of deadly force in firing 16 rounds into Taylor's home and failing to activate his body camera, according to a copy of his termination letter.

Jaynes was fired for "failing to complete a Search Warrant Operations Plan form" and being untruthful about verifying that Taylor's previous boyfriend, Jamarcus Glover, had been receiving packages at Taylor's home, the termination letter said.

Following his termination, Jaynes' attorney Thomas Clay said the move was not unexpected and promised to fight to have his client reinstated.

"It's our position that he did nothing wrong in any of the activities relating to this search," Clay told CNN in January 2021.

Cosgrove fired the shot that killed Taylor, Kentucky Attorney General Daniel Cameron has said, adding that the shooting was justified because Taylor's boyfriend fired at officers first. Kenneth Walker II, Taylor's boyfriend, has repeatedly said he thought the officers were intruders and fired one shot when they broke down the door.

A review board upheld Cosgrove's termination last year, and Jaynes lost a similar appeal before the board in June, according to CNN affiliate WDRB.

The Louisville police union said at the time the firings were "unjustified."

"There is certainly no evidence in this case that policies and procedures of the LMPD were violated to the extent that warranted termination," the River City Fraternal Order of Police said in a statement. "Interim Chief (Yvette) Gentry not only made the wrong decision, but also sent an ominous message to every sworn officer of the Louisville Metro Police Department."

Taylor, a 26-year-old emergency room technician, was shot and killed in her apartment during a flawed forced-entry raid in the early hours of March 13, 2020. Her death, along with that of other Black people at the hands of law enforcement -- including George Floyd in Minnesota and Ahmaud Arbery in Georgia -- sparked a summer of protests calling for police reform.

No officer who took part in the raid has previously been charged for Taylor's actual killing.

State prosecutors charged only Hankison in connection with the shooting. The LMPD fired Hankison in June 2020, and in September 2020, a grand jury charged Hankison with three counts of felony wanton endangerment for blindly firing 10 shots into Taylor's home.

A jury acquitted Hankison on all charges in March.