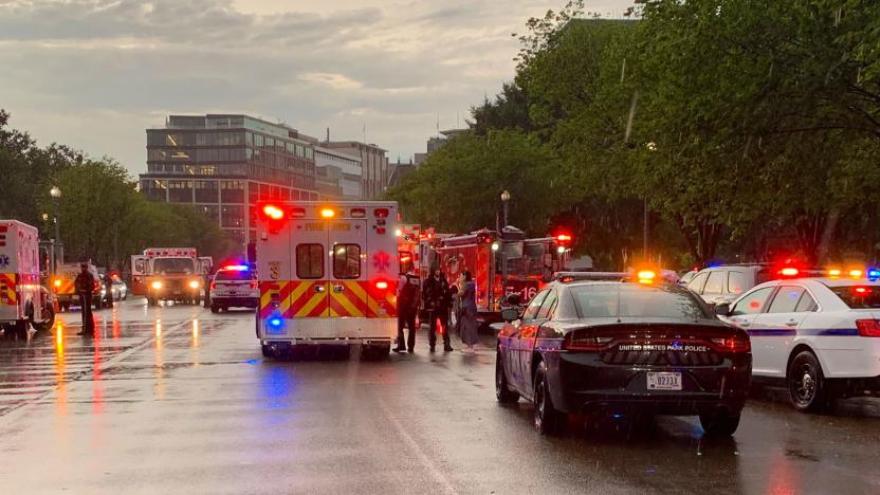 Authorities respond to the scene near Lafayette Park in Washington after a lightning strike injured four people.

(CNN) -- Four people are in critical condition following a lightning strike across the street from the White House.

The lightning strike hit Lafayette Park which sits directly across the street from the White House, Vito Maggiolo, a spokesperson for DC Fire and Emergency Medical Services, said in a news conference Thursday evening.

"All four were suffering critical, life-threatening injuries," when help arrived, said Maggiolo, who was unable to provide additional details about the incident or the victims' conditions.

The victims were riding out the storm under a tree, according to a law enforcement source.

Two men and two women were transferred to area hospitals, DC Fire and EMS tweeted. Maggiolo said officials from the Uniformed Division of the Secret Service and the Park Police were on scene immediately to help with the response.