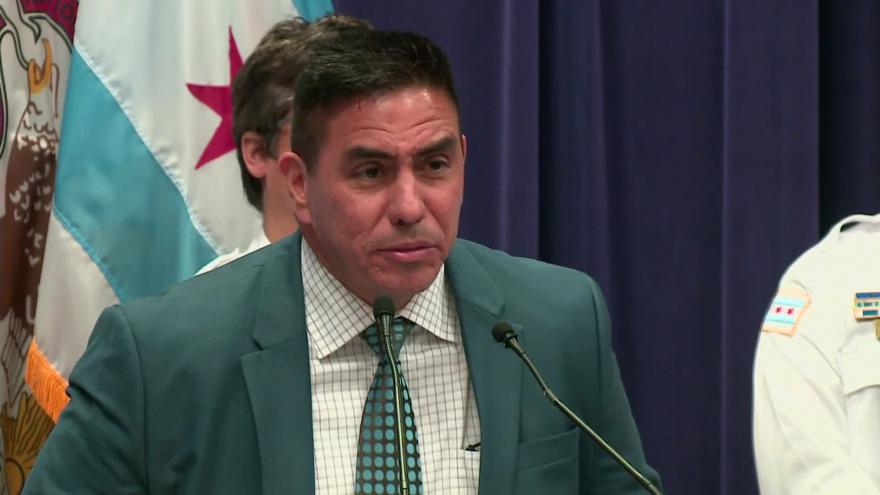 (CNN) -- Four teenage girls have been arrested for the alleged beating of a 15-year-old girl who authorities say has special needs. The beating was captured in a viral video that's been viewed millions of times.

Two of the arrested suspects are 15 years old, police said. The others are 13 and 14 years old.

Three of the suspects face charges of aggravated battery, and one faces a charge of mob action, police said.

The girl who appears in the video had been reported missing on July 18, Lt. Ozzie Valdez told reporters Thursday. At the time she was reported missing, police were unaware of the viral video, which was posted to Twitter on Monday.

Police said that community activists first drew their attention to the 42-second video.

The video shows several girls beating another girl in an alley. At one point it appears a boy steps into the group attacking the girl. As the girls continue to hit her, the girl screams. She eventually falls to the ground.

The video had more than 6 million views as of Thursday afternoon.

Around the time they learned of the video, police also obtained a picture of the victim, Valdez said, and began canvassing areas she was known to frequent.

He credited a "vigilant citizen" with finding the victim on a subway train on Tuesday. She was reunited with her father and taken to a local hospital. CNN is not identifying the girl because she is a minor.

The Illinois Department of Child and Family Services is "investigating allegations of neglect involving the 15-year-old with special needs that was brutally attacked this week," Chief of Communications Jassen Strokosch said in a statement Thursday.

"DCFS opened the investigation following a hotline call on July 23 and took protective custody of the 15-year-old on July 24," the statement said. "The department has had prior contact with the family."

Victim believed she was among friends, police say

"In their interviews, the detectives learned that the victim met several juveniles, who she thought were her friends," Valdez said. "These girls then taught her how to flash gang signs, and as this was occurring, a beating began, which was captured on video."

Police believe more people are involved than three who currently face charges, such as the person who filmed the video of the beating and others who appear to encourage it, Valdez said.

The investigation remains ongoing, he added.

The girl was in high spirits Wednesday and is with her father, Harris said.

Chicago Police Superintendent Eddie Johnson condemned the attack in strong words, characterizing the attack as an affront to the city of Chicago.

"Hate, bullying and bigotry are cancers of our society," Johnson said, "that do nothing but break and divide us."