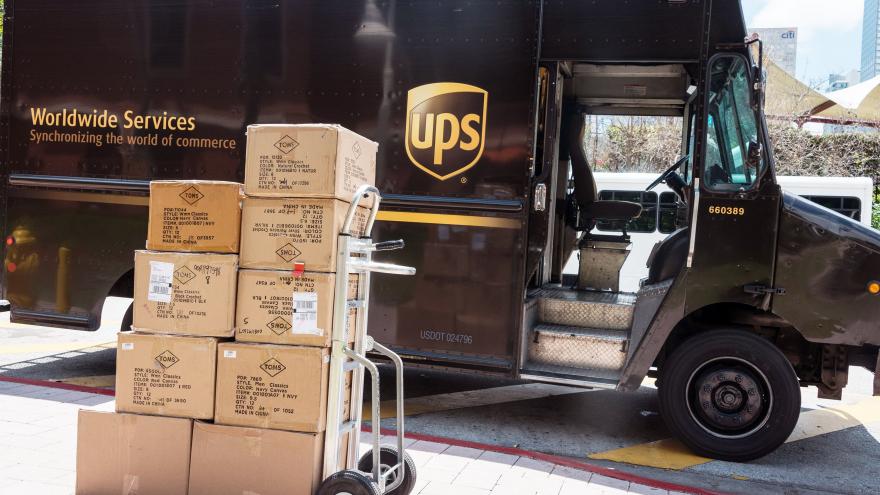 Tucson police Sgt. Wally Kaderly told CNN that the employees were arrested November 13 when the first search warrant was executed. Seven other men, not employed by UPS, were arrested in connection with the case, Kaderly said.

The operation included the trafficking of high-grade marijuana, Kaderly said, though he would not provide details beyond saying drug organizations were moving narcotics out of Arizona.

The investigation began in 2017 after police say they discovered evidence of drug trafficking allegedly stemming from UPS employees. The employees arrested include Mario Barcelo, a supervisor who was the focus of the investigation; Gary Love, also a supervisor; and drivers Michael Castro and Thomas Mendoza, Kaderly said.

They face money laundering, drug possession and drug distribution charges, the Washington Post reported. The seven others face charges "related to the shipping of the drugs and operating stash houses for the illicit materials," the newspaper said.

CNN is attempting to reach lawyers for the employees. Prosecutors could not be reached for comment. The warrant was sealed.

"Because of their positions in UPS, they had knowledge in some of the vulnerabilities in their infrastructure that allowed them to traffic these drugs undetected internally by UPS and externally by law enforcement," Kaderly said.

During the execution of two search warrants, authorities seized at least $10,000, as well as several high-end vehicles, including Corvettes, Range Rovers and Ford Raptors, Kaderly said. It is estimated that more than 50,000 vape pens were seized, although a majority of them were not filled with THC extract, according to Kaderly.

Authorities suspect those arrested were involved with trafficking other narcotics, Kaderly said.