Franklin County man wakes up to burglar showering in his home; suspect charged 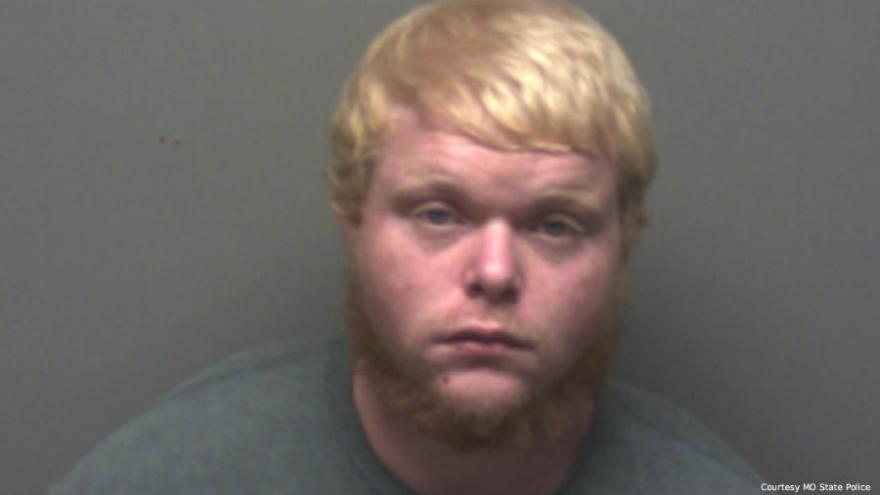 FRANKLIN COUNTY, Mo (KMOV) -- Franklin County sheriff’s deputies arrested a 23-year old burglary suspect who was caught taking a shower in the bathroom of a home on Glaser Road, near Sullivan.

The homeowner woke to a sound around 8:50 a.m. Tuesday.

"I hear a big crash and I knew it was out in the garage," said Richard Blackwell.

Blackwell said he thought a relative or repairman had entered his home through a side door. When he came out of his bedroom and looked downstairs to his kitchen, he said he saw that someone had set out some things.

“A glass of milk and cookies on the counter and a can of beans,” said Blackwell.

The homeowner said he heard the shower running and when he saw that the side door had been kicked in, he knew it wasn’t a relative but a burglar who was in his bathroom.

Blackwell said he retrieved a handgun and went to the shower door and demanded the burglar come out.

"So I stood there and waited on him. About ten minutes went by. He finished his shower and did his thing. And finally he walked out," said Blackwell.

Blackwell said Martin had also taken time to get dressed and wasn’t armed when he opened the bathroom door, but Blackwell was.

"I pointed a pistol at him, hit him in the nose and dropped him to the floor and then I crawled on his back," said Blackwell.

Then he called 911 and held Martin until officers with the Sullivan Police Department and Franklin County Sheriff’s Department deputies arrived.

Blackwell said Martin claimed he’d been given permission to be in the house and mentioned a couple of women’s names but Blackwell said he’d never heard the names before.

"He's lucky to be alive, that's all I can say, very lucky," said Blackwell.