Friday the 13th: How it came to be and why it's considered unlucky 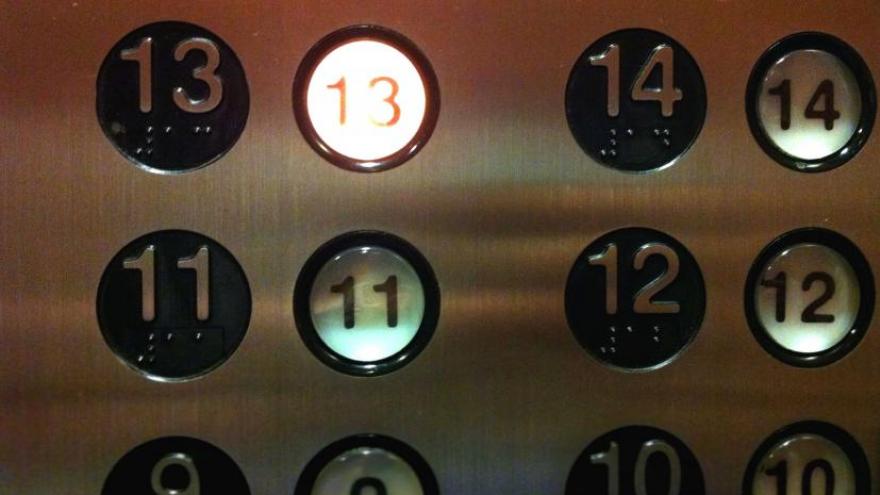 Why are we like this? Whether you are superstitious or not, you can't escape the chatter circling the spookiest calendar date.

(CNN) -- At least once a year, the calendar dates align to give us a Friday the 13th. Airline ticket prices tend to dip (when we're not in a pandemic), your superstitious boss avoids important meetings and the whole day, there's a small part of you that's just waiting for something weird to happen.

Why are we like this? Whether you are superstitious or not, you can't escape the chatter circling the spookiest calendar date.

The fear of 13 dates back centuries and many believe it originates from the Code of Hammurabi which reportedly left out a 13th law from its written legal codes. However, in reality, this was actually just an error made by one of the translators who simply omitted a line of text.

Such superstitions have persisted even among history's greatest minds. The great Austrian-American composer Arnold Schoenberg had such a severe case of triskaidekaphobia (the fear of the number 13), he omitted numbering the 13th measure in some of his later works, substituting it with the notation "12a." He was also reportedly deeply afraid of dying on a year or at an age that was a multiple of 13. When he turned 76, a colleague suggested it would be an unlucky year because 7+6=13. Indeed, Schoenberg did pass away that year, on...wait for it...Friday the 13th of July, 1951.

It is interesting to note the contrasting history of the number 12 with the number 13. We have 12 months a year, 12 zodiac signs, 12 hours a day and even 12 days of Christmas -- the prominence stemming from the historical influence of the New Testament of the Bible and other Judeo-Christian traditions. Even Schoenberg, the number 13's greatest enemy, was best known for developing a 12-tone system of musical composition.

The negative association with Friday specifically has a combination of religious and cultural origins. Some Christians believe Friday to be unlucky because it was the day of the week that Jesus was crucified. In the 14th and 15th centuries, prominent figures and writers started to publicly denounce the day with little context as to why. George Chaucer's "Canterbury Tales" depicts Friday to be "a day of misfortune" and playwright Robert Greene defined "Friday-face" as "a sad look of dismay or anguish."

Why Friday the 13th?

Unsurprisingly, we are not exactly sure of the historical evidence as to how Friday the 13th became synonymous with bad luck and superstition. There are many theories that date back to earlier centuries, but most of them have been completely debunked.

The real Friday the 13th hysteria started in the 20th century. Many date this back to Thomas Lawson's book "Friday, the Thirteenth" which is about a stockbroker who chooses this day to deliberately crash the stock market. One year later in 1908, The New York Times became one of the first media outlets to acknowledge the superstitions of Friday the 13th. Later in the 1980s, the popularity of the "Friday the 13th" movie franchise added to the cultural phenomenon.

The science behind superstition

1 in 4 Americans say they are superstitious. While the other 3 out of 4 Americans might scoff at this, there is actually psychological science to back superstition. Psychologists at Kansas State University say superstitions are all about trying to control your fate. People often use superstitions to try to achieve a desired outcome or to help alleviate anxiety. A perfect example of this is performers and athletes who perform specific and sometimes quirky rituals before a big event.

Mathematician and author Joesph Mazur explains how having superstitions can actually promote a healthy and positive mentality. "Everyone wants luck but since there is no tangible thing we can call luck, we have to create that tangible thing by transferring it to an object. People hold on to those objects as a sense of security."

By that logic, Friday the 13th could be just as lucky as it is unlucky, depending on your outlook. So, instead of being scared of this eerie date, try incorporating some positive rituals in your life and see what happens!