From a hospital bed, Jacob Blake says that life can change in an instant 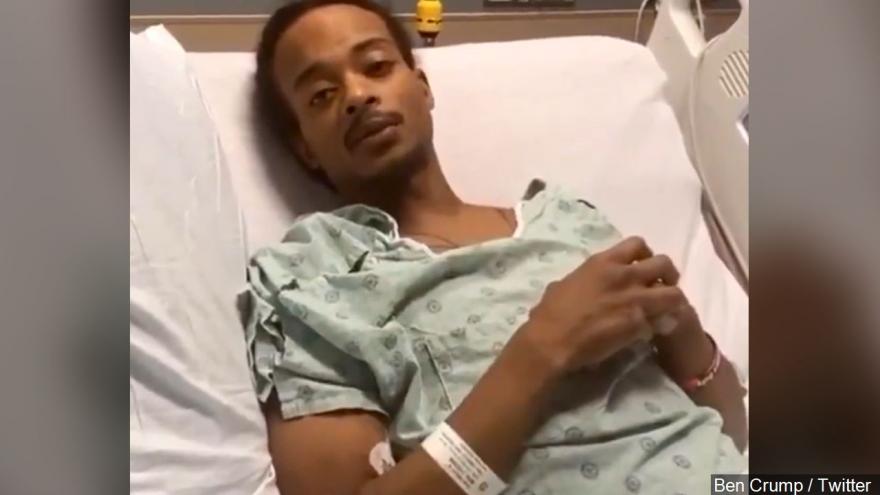 Jacob Blake speaks for first time since he was shot by police in Kenosha., Photo Date: September 5, 2020
By Madeline Holcombe, CNN

(CNN) -- Wearing a green gown and speaking from his hospital bed, Jacob Blake delivered a message to his supporters Saturday night, warning them that everything can change in an instant.

"Your life and not only just your life, your legs -- something that you need to move around, to move forward in life -- can be taken like this, man," Blake said, snapping his fingers.

His attorney, Ben Crump, posted the video to Twitter Saturday as Blake, 29, recovers from the injuries he sustained after being shot seven times by a Kenosha, Wisconsin, police officer.

A video clip of the incident shows an officer shooting Blake as he tries to enter the driver's side door of an SUV. His three children -- 3, 5 and 8 -- were in the car at the time.

The shooting left Blake paralyzed from the waist down.

The incident also reignited protests over police brutality and systemic racism that began after the death of George Floyd in police custody in May.

Blake said he has staples in his back and stomach and is in pain all day long.

He also called on those watching to make a change for the better.

"Please I'm telling you change your lives out there," he said. "We can stick together, make some money, make everything easier for our people."