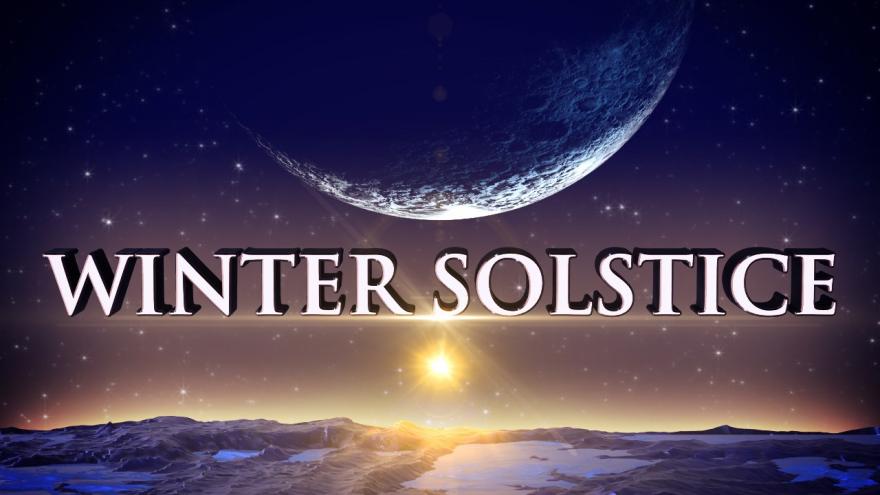 (CNN) -- For six months now, the days have grown shorter and the nights have grown longer in the Northern Hemisphere -- but that's about to reverse itself.

The solstice this year will be extra special because it will be followed the next day by a full moon known as the Cold Moon, and depending on your location, you might be able to see a meteor shower to boot.

Then we'll take a closer look at that special moon:

The science behind a winter solstice

When exactly does it occur?

The solstice usually takes place on December 21. The time that the solstice occurs and the day itself can shift because the solar year (the time it takes for the sun to reappear in the same spot as seen from Earth) doesn't exactly match our calendar year.

If you want to be super-precise in your observations, the exact time of the 2018 winter solstice will be 22:23 Universal Time. That would be 5:23 p.m. ET (for parts of Canada, the United States and Latin America). The website EarthSky has a handy conversion website for your time zone. You might also try to the conversion chart at WorldTimeBuddy.

What causes the winter solstice to even happen?

Wait. Why is the Earth tilted?

Scientists are not entirely sure how this occurred, but they think that billions of years ago, as the solar system was taking shape, the Earth was subject to violent collisions that caused the axis to tilt.

What other seasonal transitions do we mark?

So what's going on with this full moon?

Our last full moon of the year will come less than a day after the solstice. Again, for those of you who love precision, it will occur on Saturday, December 22, at 17:49 Universal Time (that's 12:49 p.m. ET), EarthSky says.

However, when you're looking out into a clear sky on Friday night, the moon will appear full to you -- and could be so bright that people with pretty good eyesight could read by it.

Over many centuries, this moon has been called several names: Cold Moon, Cold Full Moon, Long Night Moon (by some Native American tribes) or the Moon Before Yule (from the Anglo-Saxon lunar calendar).

If you're wondering how special this Cold Moon is so close to the solstice, it will be 2029 before it happens again. So it's not a once-in-a-lifetime event, but still, you don't see this too often.

Now what about that meteor shower?

The annual Ursids meteor shower is expected to peak a day or two after the solstice. You might be able to see up to 10 "shooting stars" per hour depending on your location.

The website In the Sky has a great feature that helps you figure out where to watch and how many meteors you might see. For instance, people in South Florida might expect just three per hour while people in Juneau, Alaska, might expect seven per hour.

One caveat: That Cold Moon will be so bright that it could outshine some of the meteors as they streak in, making them harder to spot.