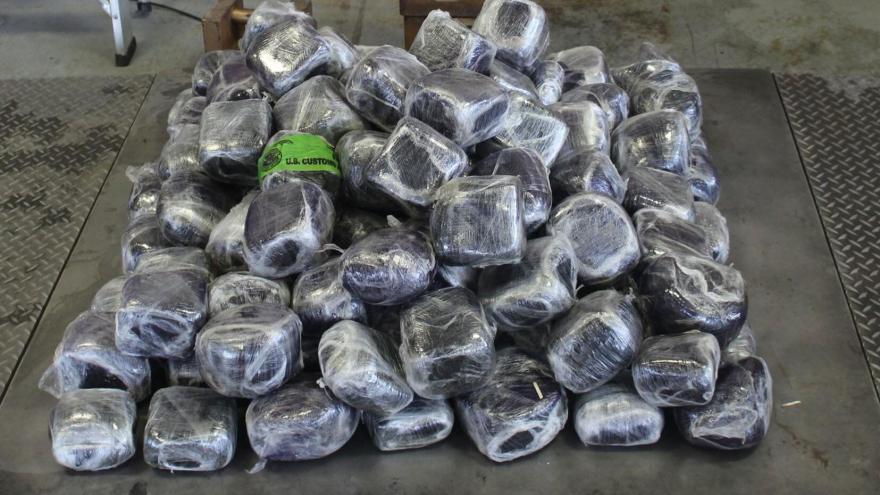 On April 17, CBP officers examined a tractor-trailer hauling a commercial shipment of fresh cucumber pickles into Texas with a non-intrusive imaging system and found it was hiding 114 packages of alleged methamphetamine weighing 217 pounds, according to a statement. That's $4,343,000 worth of drugs, CBP said.

The CBP's Office of Field Operations seized the narcotics and the tractor-trailer.

CBP South Texas tweeted a photo of the drugs smuggled in the produce, calling them "funky pickles."

The Department of Homeland Security is investigating.