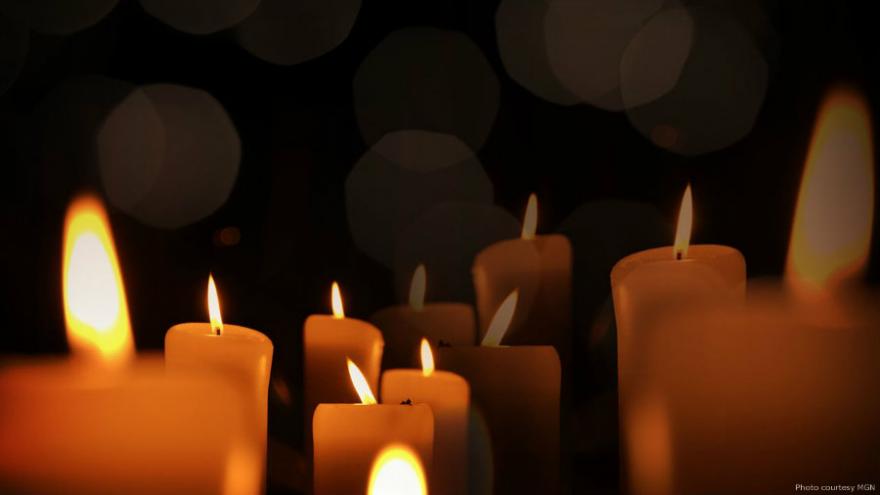 LAS VEGAS. Nev. (AP) — An image of Angelica Cervantes' son donning a black-and-yellow security guard T-shirt is one of dozens of smiling photos tacked to walls in a Las Vegas garden decorated with ribbons, cowboy boots, horseshoes and rubber bracelets.

Cervantes visits every other week to gaze at the photo that has withstood the desert sun for almost a year, and to ask her son, Erick Silva, to watch over her, his stepfather and his siblings. "Cuidanos," she begs him, sometimes tearfully.

Silva was one of 58 people killed Oct. 1, 2017, in the deadliest mass shooting in modern U.S. history. For their families and those who survived the massacre at a country music festival , this garden created by volunteers in the days that followed is a place to mourn and heal.

"It gave me a space to talk with him, and he is there with his angels," Cervantes said, referring to the other victims. "Sometimes, I come across (another mother) there. Some ask me how he was. Talking about him makes me proud."

Among the bright lights of the Las Vegas Strip, there's no indication of the bloodshed that took place there a year ago. The festival grounds are fenced, and green screens block any views to the inside. The flowers, flags, wreaths and other items that crowded a nearby road median and the "Welcome to Fabulous Las Vegas" sign have long been removed.

Today, the garden with 59 trees — one for each victim plus an oak representing life — is the only permanent public space in the Las Vegas area created in memory of the victims. It sits a few feet from a bus stop and an adult store and miles from the shooting site.

The quarter-acre space was slated to be a dog park, but in the days after the shooting, the dirt lot was leveled, concrete bricks placed, and trees, shrubs, purple pansies, red and white roses and bright pink petunias were planted. A "Remembrance Wall" was hammered together from wooden pallets.

The wooden wall was recently replaced with a set of metal and faux-wood structures. The photos and several items from the original wall were transferred over. A fountain is now working, and a bluestone sculpture of a pair of angel wings bearing the initials of each victim was recently added.

Volunteers on Saturday planted dozens of colorful flowers around the garden. Some people later took videos of their walks around the garden. A pair left red roses next to photos of some of the victims, while a man brought his guitar and played soothing notes.

Many survivors of the shooting are in Las Vegas this weekend for a large private reunion and other planned events ahead of the one-year anniversary Monday.

Throughout the year, some friends and relatives have decorated the tree of their loved one. A laminated photo of Arizona Diamondbacks players honoring Christiana Duarte is tied to one tree, while another one has decorated river stones for Hannah Ahlers. Cervantes previously left a T-shirt and flowers.

A museum is storing the original wall and mementos left at the garden that can be damaged by weather, while volunteers at another museum have catalogued more than 15,000 items left at makeshift memorials last October. A small sample of those thousands of items — including cowboy boots, hats, stuffed animals and candles — recently went on display.

A committee chaired by Nevada Gov. Brian Sandoval will work to design, fund and build a permanent memorial. If history holds, it will be years before it is completed. Almost a decade went by before a memorial for the victims of the Columbine High School massacre was finished, while a committee just last month agreed on a design for the memorial for Sandy Hook Elementary School shooting victims.

The practice of honoring the dead with makeshift memorials and roadside shrines is not new, but storing the items left behind is. Ashley Maynor, who has researched community responses to tragedies, said both are ways of processing grief.

"After a tragedy of this magnitude that reveals something so disturbing about human character, people want to do something to reaffirm their humanity, to reaffirm goodness in the world and to feel like they have some agency in the face of something incomprehensible," said Maynor, a digital scholarship librarian at New York University.

The need to do something is what drove Jay Pleggenkuhle and his business partner to sketch the garden on a napkin and ask the city for the space for a pop-up park. Businesses and individuals immediately stepped up to help, and a year later, they continue to do so.

Cervantes — whose son was her right hand and loved Halloween and burritos — will return to the garden Oct. 1, when the name of every victim will be read during a ceremony.

"A lot of the family members have come back and spent time at the garden," Pleggenkuhle said. "One victim in particular — her parents live in Redding, California, and every time they come to Las Vegas, they come to the garden. Instead of being angry and bitter with Las Vegas and for what happened to their daughter here, they are looking at how this community came together to create something beautiful to honor her life."