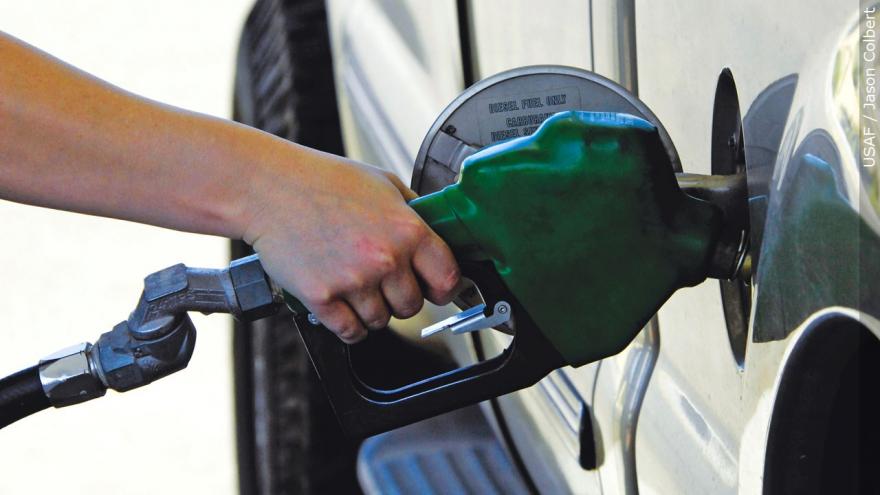 (CNN) -- When tens of millions of Americans hit the road this holiday weekend, they're going to find the highest prices for gasoline in nearly seven years. But many will also find stations that don't have any gas at all.

The national average price for a gallon of regular stands at $3.10, the highest since October 2014. The average is up just 2% since Memorial Day, but 42% from a year ago, when pandemic restrictions brought demand to a near halt and sent oil and gas prices plunging.

But stations running dry has nothing to do with the price — or even the supply — of gasoline. It's the shortage of tank truck drivers coupled with rising demand that is causing supply chain bottlenecks and shortages. Experts say a growing number of stations are reporting that they are simply not able to get gas delivered — at any price.

Right now the outages are scattered across the country, said Tom Kloza, global head of energy analysis for the Oil Price Information Service, which tracks prices for AAA. He said there have been outages reported in the Pacific Northwest, Northern California, Colorado and Iowa. There are also outages reported in Indianapolis and Columbus, Ohio, said Patrick DeHaan, spokesperson for GasBuddy.

"It used to be an afterthought for station owners to schedule truck deliveries. Now it's job No. 1," Kloza said. "What I'm worried about for July is the increased demand works out to about 2,500 to 3,000 more deliveries needed every day. There just aren't the drivers to do that."

Current US gasoline demand is virtually the same as it was in the same period of 2019, according to the US Energy Information Administration. But overall demand is up 16% from the end of last year, the last time there were this many travelers on the road during a holiday season.

AAA forecasts that 43.6 million Americans will travel by car this Fourth of July weekend, the most so far this year. And given the pent-up desire for summer getaways, Kloza said it's possible that demand for gas could top the records that were in the late summer of 2019.

He's also concerned that when drivers see the occasional station without gas, they will react by topping off their tanks more often than necessary, which itself can cause a shortage of gasoline. That's what happened this past May, when the hack of the Colonial Pipeline caused widespread outages at stations along the East Coast.

"We have the same advice we had then, this is not the time to fill up every car you have and every container you have," said Jeff Lenard, vice president of strategic industry initiatives for the National Association of Convenience Stores. "We hate to see shortages and outages caused by drivers panicking and topping off their tanks."

A shortage of drivers is a problem throughout the trucking industry, but it takes special qualifications to drive a tank truck, which makes the shortage worse than in other sectors. According to the National Tank Truck Carriers, the industry's trade group, somewhere between 20% to 25% of tank trucks nationwide are parked heading into the summer due to a scarcity of qualified drivers. At this point in 2019, only 10% of tankers were sitting idle for that reason.

"We've been dealing with a driver shortage for awhile, but the pandemic took that issue and metastasized it," said Ryan Streblow, executive vice president of the NTTC. "It certainly has grown exponentially."

The pandemic prompted some tank truck drivers to retire, and others to shift to other trucking jobs that were in greater demand last year when gasoline demand fell so sharply.

"I do know the pandemic did prompt a number of older drivers to retire, and they've been struggling to get new drivers," he said. "I think it's going to keep popping up in different locations."

DeHaan said the current station outages are not as concentrated as they were following the Colonial Pipeline hack. That makes it virtually impossible to get an accurate count on how many stations are running out of gas — but the number is growing.

"It's hard to predict where the challenges are," he said. "It's just randomized pockets in cities both small and large."

DeHaan expects the problem will grow over the next four to six weeks.

"I don't think demand has reached a peak yet," he said.