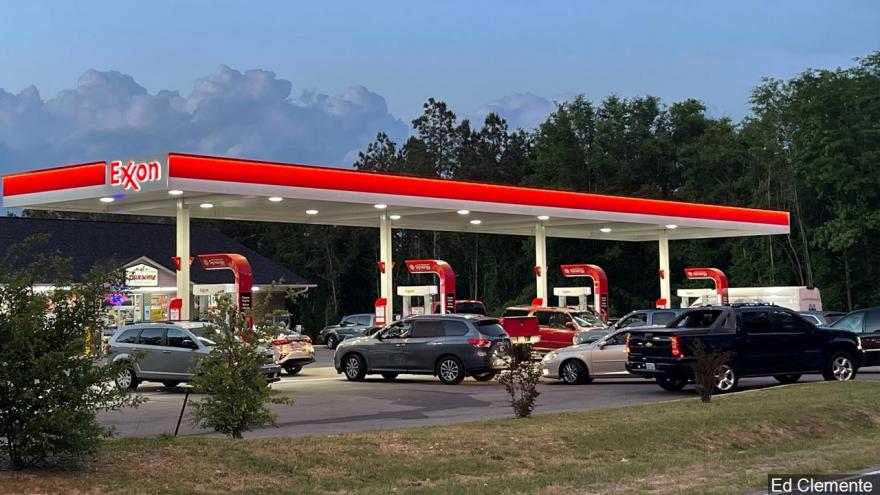 (CNN) -- American drivers on the East Coast are filling up aggressively following a ransomware attack that shut down the Colonial Pipeline, a critical artery for gasoline.

US gasoline demand jumped 20% on Monday compared with the prior week, according to GasBuddy, an app that tracks fuel prices and demand.

Meanwhile, North Carolina Governor Roy Cooper declared a state of emergency Monday evening, a move that allowed him to temporarily suspend some fuel regulations in a bid to ensure adequate supply.

The Colonial Pipeline, which supplies nearly half the diesel and gasoline to the East Coast, said Monday it hopes to be substantially operational by the end of the week after a hack that authorities believe was carried out by a criminal group called DarkSide.

The national price at the pump hit $2.985 on Tuesday, the highest level in nearly six years, according to AAA.

However, investors are taking the supply shock in stride. RBOB gasoline futures are little changed from Friday.