Geologists say the Hawaii volcano eruption could last for months, or even years 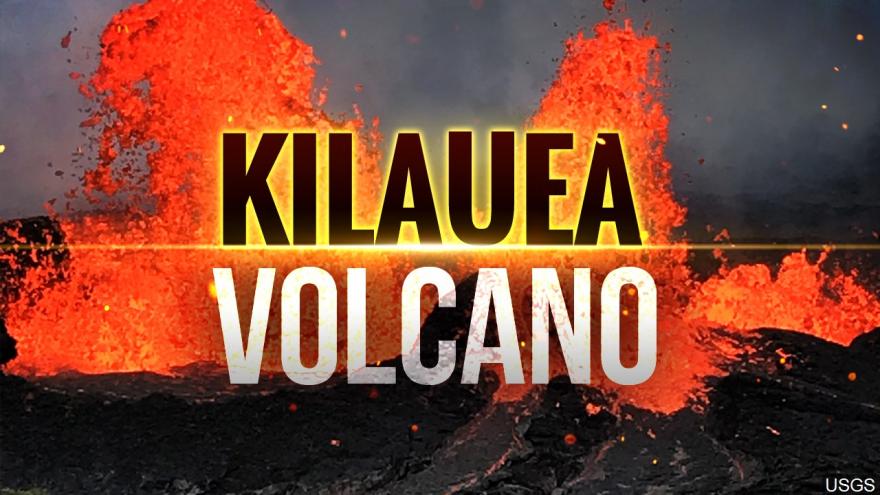 (CNN) -- Geologists monitoring the eruption of the Kilauea volcano say it could continue to spout lava for a long time.

The volcano has been erupting since early May in the Leilani Estates neighborhood on Hawaii's big island, forcing evacuations and destroying more than 700 homes. The US Geological Survey's Hawaii Volcano Observatory said the eruption has covered more than 12 square miles (23 square kilometers) with black lava and has added 700 acres of new land to the island.

A report from the Hawaii Volcano Observatory found that this eruption, in what geologists call Kilauea's lower East Rift Zone, has produced a greater volume of lava than past eruptions in the area.

"Given this volume and the sustained withdrawal of magma from the summit reservoir without appreciable deformation in the lower East Rift Zone, it is most likely that the LERZ eruption may continue for months to years," the report said.

Kilauea has been erupting on and off for centuries, according to the US Geological Survey.

The most recent eruption has ripped dozens of fissures in the Earth's surface, allowing lava and dangerous gasses to escape. The most prominent is fissure 8, which is spewing out lava that runs in a channel from Leilani Estates to the ocean.

The report said that lava is flowing out of fissure 8 at an estimated rate of 100 cubic meters per second and shows no signs of waning pressure.

'If the ongoing eruption maintains its current style of activity at a high eruption rate, then it may take months to a year or two to wind down," it said. "While this seems to be the most likely outcome, a pause in the eruption, followed by additional activity, cannot be ruled out, nor can an abrupt cessation or a transition to steady, longer-lived activity at a lower effusion rate."

The Hawaii Volcano Observatory gave the report to the Hawaii County Civil Defense to help them prepare for possible threats from the eruption.

It said that a breach in the current channel could divert the lava in a new direction and put other areas at risk.

"The main hazard from the source cone and the channel system is a failure of the cone or channel walls or blockage of the channel where it divides in narrower braids. Either could divert most, if not all, of the lava to a new course depending on where the breach occurs," the report said.

The report focused on threats to areas north of the current lava flow because they have not been evacuated.