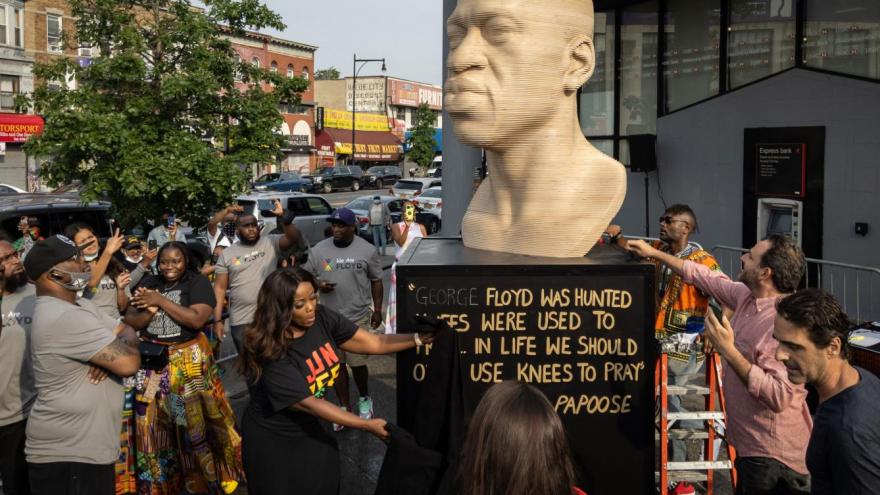 A George Floyd statue by artist Chris Carnabuci was unveiled as part of Juneteenth celebrations in New York City on June 19.

(CNN) -- It was a quick turnaround for federal employers to recognize Juneteenth as a new federal holiday. But some cities were ready with new statues honoring George Floyd, whose killing by police in Minneapolis last year sparked a nationwide racial justice movement.

The statue will be on display at Flatbush Junction for two to three weeks before moving to Union Square in Manhattan, according to CNN affiliate WABC.

On Wednesday, a statue of Floyd was unveiled in front of city hall in Newark, New Jersey.

Mayor Ras Baraka said he hopes the 700-pound bronze statue, by artist Stanley Watts, will inspire people who see it to "become active in the things, the struggles that are happening right here in Newark and right here in New Jersey."

"George Floyd represents a lot more than himself," Baraka said ahead of the unveiling. "All of the activity that took place around this country, around the world, because of the untimely and ferocious and vicious death, murder of George Floyd and all of the activism that sparked out of it is worth us pausing and paying attention to."

The statue will remain outside City Hall for at least one year, WABC reports.