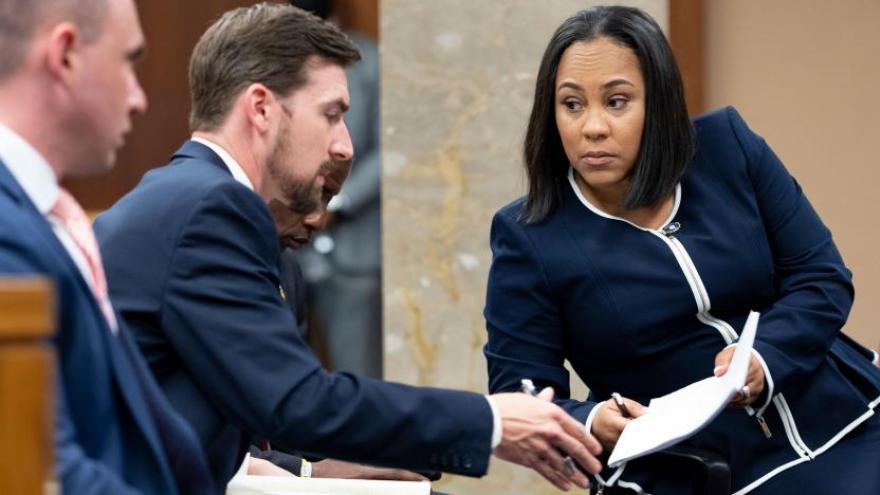 "We're going to look at anything connected with interference with the 2020 election," Fulton County District Attorney Fani Willis said in an interview Monday with CNN's Anderson Cooper. "I've allowed that to be a broad scope, not just the (former) President's phone call that you played there but other things that indicate that there may have been interference with that election, to include fake electorates."

Willis added: "That is of interest to my office."

Federal prosecutors are also looking into the scheme in which allies created fake certificates declaring Trump's victory in a handful of states and sent them to the National Archives.

"I don't plan on specifically coordinating with the Department of Justice," Willis said. "What their investigation would be is obviously election fraud that may have occurred anyplace in this great country. Mine is much smaller -- a big investigation, but much smaller. I am only looking into election interference in the state of Georgia and, more specifically, things that they asked for around that call that occurred in my county, Fulton County."

A special grand jury was seated in Willis' investigation Monday. She declined to provide the names of witnesses she plans to subpoena to testify but said more than 50 people have declined to talk to her investigators voluntarily. "And so what we plan to do is to start serving them with subpoenas," Willis said.

She also said she has been in periodic communication with Trump's lawyers about where her investigation stands.

"I have been in conversations with them recently, and I anticipate that we will have further conversations over the next few days," she said.

Hours after the grand jury was selected under heightened scrutiny, Willis provided more details on the racist blowback she has faced as she oversees the Trump investigation.

"I can tell you that in recent days I've turned up on White supremacist pages often with my face and very derogatory names," Willis said. "Those kind of things bring great concern to the security that has to protect us."