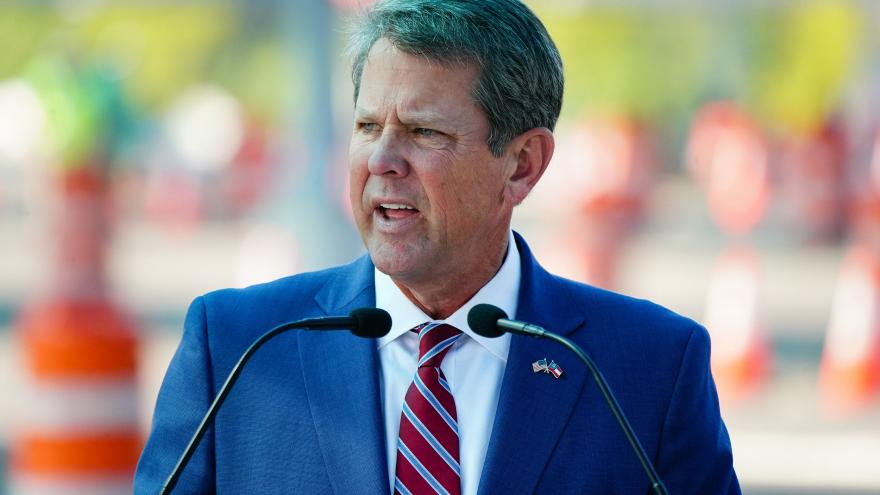 Governor Brian Kemp signed into law a measure to ensure athletes are \\\"fairly compensated\\\" for their \\\"name, image, and likeness.\\\" - Elijah Nouvelage/Getty Images

(CNN) -- Georgia is the latest state to allow college athletes to be paid after Gov. Brian Kemp signed into law a measure that he says ensures they be "fairly compensated" for their "name, image, and likeness."

"This bill will encourage more student-athletes to come to Georgia to receive both a great education and the opportunity to compete at the highest level," Kemp said Thursday. "As a diehard Georgia sports fan, I am so proud of the contributions that our student-athletes have made to our great state and look forward to cheering them on as we fully reopen and return back to normal."

"Where we're headed, you'll see more and more states do what Georgia's done today, and wouldn't surprise me to see a federal solution at some point down the road," said University of Georgia President Jere Morehead, who is on the NCAA Board of Governors, affiliate WSB reported.

The NCAA has stalled in its attempts to permit college athletes to capitalize on their names, images and likenesses, the station reported.

But federal legislation is being considered in Congress, and the US Supreme Court is considering a case that could reshape college athletics.

In March, several justices seemed skeptical of the justifications put forward by the NCAA to restrict education-related benefits for student-athletes who are seeking broader compensation.

The justices appeared to be searching for a line to draw that would balance reasonable educational benefits for students against the concerns of the NCAA that its survival depends upon its distinction from pro sports.