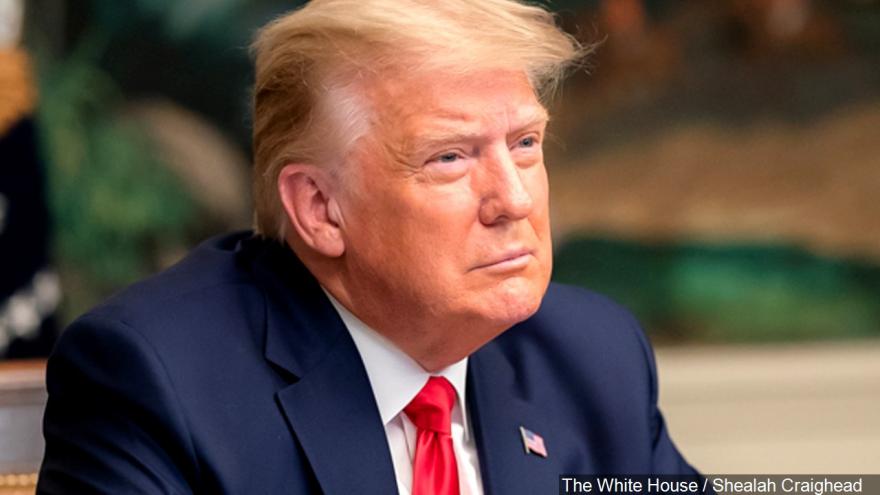 During the call, Trump pushed Raffensperger to "find" votes to overturn the election results after his loss to then-President-elect Joe Biden, according to an audio recording later obtained by CNN.

Raffensperger was adamant in defending the results of the presidential election as well as the integrity of the state's voting system. During the stunning one-hour call, Trump lambasted his fellow Republican for refusing to falsely say that he won the election in Georgia -- and repeatedly touted baseless claims of election fraud.

Walter Jones, a spokesperson for Raffensperger, told CNN in a written statement that "the Secretary of State's office investigates complaints it receives. The investigations are fact-finding and administrative in nature. Any further legal efforts will be left to the Attorney General." Reuters was first to report on the investigation

A Georgia prosecutor's office is taking the extraordinary January 2 phone call between Trump and Raffensperger "seriously as far as a potential case," as it weighs whether to pursue criminal charges of election fraud against the former President, a source familiar with the office said.

Newly elected Fulton County District Attorney Fani Willis is expected to make some type of announcement on the matter "one way or another" this month, the source said.

CNN previously reported that Willis said in a statement that she will enforce the law "without fear" and that her office was evaluating whether to pursue potential criminal action against Trump.

"Once the investigation is complete, this matter, like all matters, will be handled by our office based on the facts and the law," Willis said at the time.

David Worley, the only Democrat on Georgia's five-member State Election Board, told CNN in a statement, "I requested that the Sec. of State open an investigation, now that has been done I will wait to get the report before requesting further action."