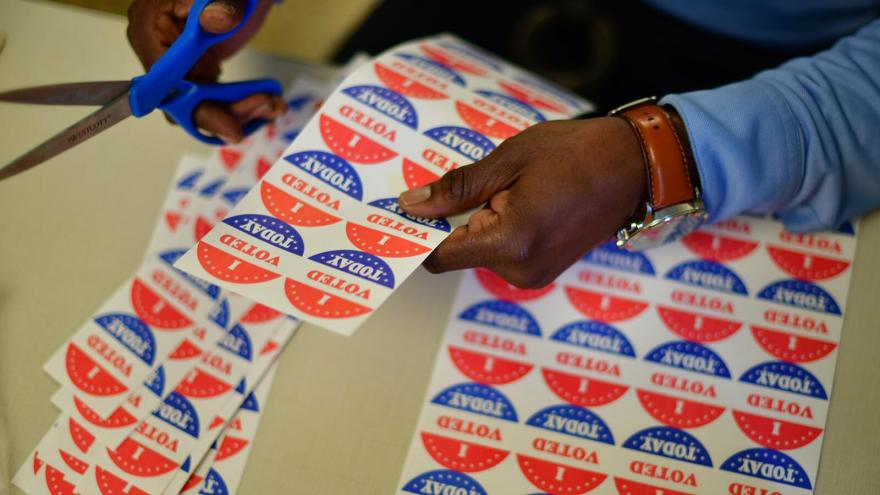 Georgia's secretary of state announced that the state will conduct a full hand recount of the ballots cast in the 2020 presidential race.

(CNN) -- Georgia's secretary of state announced Wednesday that the state will conduct an audit of the 2020 presidential race, recounting by hand the millions of ballots cast in the state.

"With the margin being so close, it will require a full by hand recount in each county," Secretary of State Brad Raffensperger, a Republican, said at a press conference in Atlanta. "This will help build confidence."

"It will be an audit, a recount and a recanvas all at once," he added.

Raffensperger said the state needs to get the final county certifications reported before it moves to a "risk limiting audit."

He said he would officially designate the presidential race as the subject of the risk limiting audit later Wednesday.

Raffensperger said he expects the recount to be done in time for state certification of the results on November 20.

CNN has not projected a winner in the Georgia presidential race, but Joe Biden currently leads President Donald Trump by more than 14,000 votes in the state. More than 4.9 million ballots have been cast in Georgia in the presidential race.

CNN has projected that Biden will win the presidential election. Trump has not conceded in the race, and instead has made unfounded claims about widespread voter fraud and mail-in ballots.

US Rep. Doug Collins, a Georgia Republican who's leading the Trump campaign's recount efforts in the state, on Tuesday requested a pre-certification "manual hand recount of every ballot cast within the State of Georgia" for president.

Raffensperger on Wednesday denied that the state is going ahead with the audit because the Trump campaign asked them.

"We're doing this because it's really what makes the most sense," he said. "With the national significance of this race, and the closeness of this race, we have to run a statewide audit."

Raffensperger said after the results are certified on November 20, if there a candidate within the 0.5% margin, they will still be entitled to request a "recount" but that it would be a "scan recount" done by machines.

He acknowledged that the audit would be expensive and "a heavy lift" and that election workers will be working overtime.