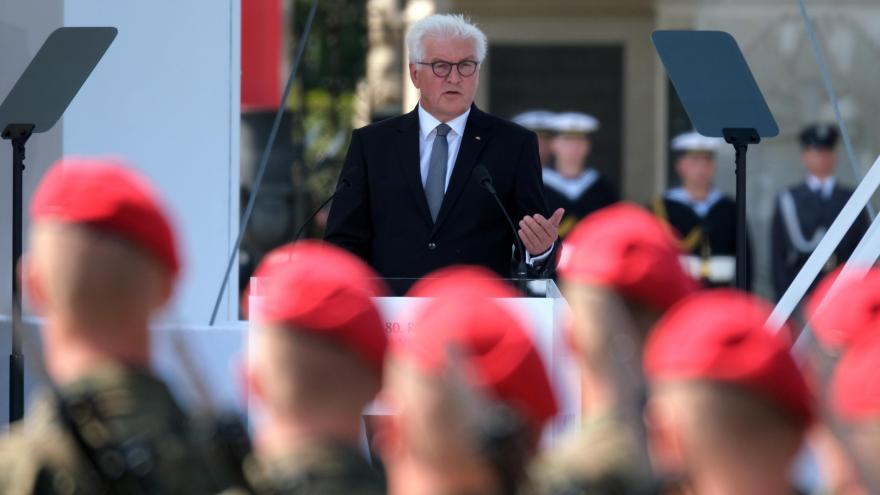 "I stand before you, those who have survived, before the descendants of the victims, the old and the young residents of Wielun, I am humbled and grateful," Steinmeier said during a ceremony in the Polish city of Wielun, the site of one of the first Nazi bombings in the country on September 1, 1939.

"I bow to the victims of the attack in Wielun, I pay tribute to the Polish victims of German tyranny and I ask for forgiveness," he said.

More than 50 million people were killed in the conflict overall, including some 6 million Jews, half of whom were Polish.

At a ceremony in Warsaw, Polish President Andrzej Duda spoke of the atrocious history suffered by Polish people during WWII and the "trauma" that they still carry today.

The Polish President remembered the fallen and thanked the soldiers "who fought and sacrificed their lives for freedom."

In an address on Sunday morning in Westerplatte, Gdansk, Polish Prime Minister Mateusz Morawiecki spoke of the huge material, spiritual, economic and financial losses Poland suffered in the war.

War reparations remain a contentious issue in Poland -- since coming to power in 2015, the Law and Justice (PiS) party has revived calls for compensation, Reuters reported. Germany made the last payment on reparations in 2010.

US Vice President Mike Pence spoke in Warsaw on Sunday at the commemoration ceremony to mark the 80th anniversary of Germany's invasion of Poland. Two days later, on September 3, Britain and France declared war on Germany.

"During the five decades of untold suffering and death that followed the outbreak of World War II, the Polish people never lost hope, they never gave in to despair, and they never let go of their thousand-year history," Pence said.

"In the years that followed this day 80 years ago, their light shone in the darkness, and the darkness did not overcome it," he added.