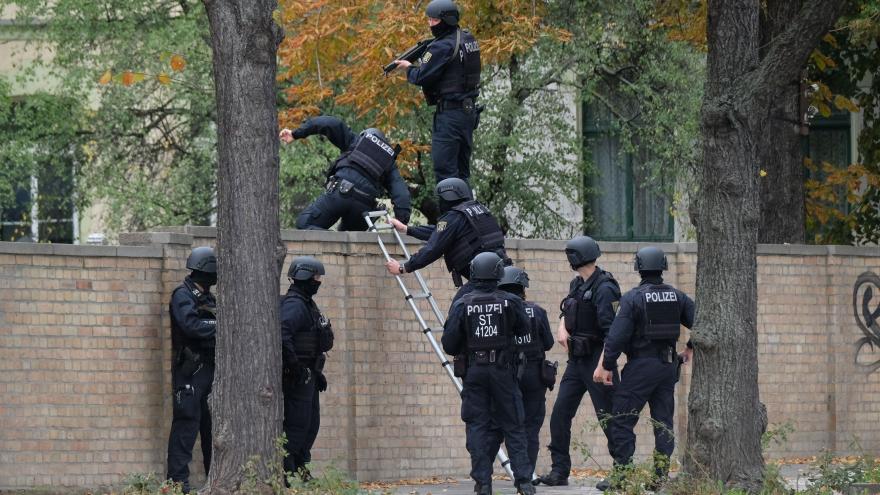 (CNN) -- A gunman who killed two people -- one outside a synagogue and one in a kebab shop -- in the German town of Halle on Wednesday appears to have streamed the attack live online.

A 35-minute video, which appears to have been filmed with a camera mounted on the helmet of the attacker, was streamed live on Twitch, an online video streaming platform owned by Amazon that is most commonly used to stream live video of videogames.

The suspected attacker launched into a brief anti-Semitic rant at one point in the video.

The footage, which was filmed in a first-person shooter perspective, bears striking resemblances to the video streamed live on Facebook by the suspect in the Christchurch attack in New Zealand in March.

"We are shocked and saddened by the tragedy that took place in Germany today, and our deepest condolences go out to all those affected," Twitch said in a statement to CNN.

The company added: "Twitch has a zero-tolerance policy against hateful conduct, and any act of violence is taken extremely seriously. We are working with urgency to remove this content and permanently suspend any accounts found to be posting or reposting content of this abhorrent act."