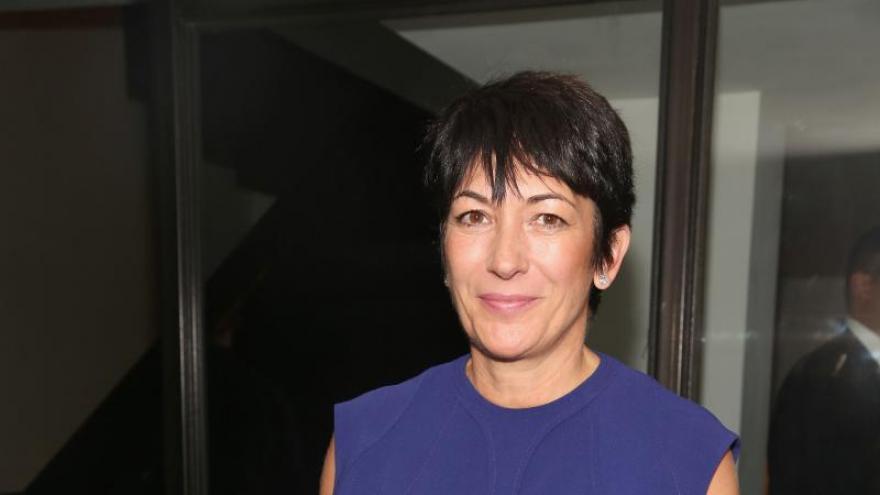 At a court proceeding, Maxwell, 58, pleaded not guilty to charges by New York federal prosecutors that she helped recruit, groom and ultimately sexually abuse minors as young as 14.

The British socialite, whom prosecutors have described as having been "in hiding" since Epstein's arrest last summer, participated in the hearing by videoconference from a federal jail in Brooklyn, providing the public its first glimpse of her in more than a year.

Dressed in a brown crew neck prison shirt, her dark hair pulled into a bun, Maxwell fidgeted in her seat as US District Judge Alison Nathan rejected arguments by Maxwell's defense counsel that she should be granted bail. At one point, Maxwell sighed, but betrayed no emotion.

Regarding possible bail conditions, the judge said: "The court finds by a preponderance of the evidence that no combination could reasonably assure her presence in court. The risks are simply too great."

Prosecutors had urged the judge to order detention for Maxwell, saying her wealth -- with numerous bank accounts containing as much as $20 million, according to court filings; multiple foreign citizenships, including in France, which doesn't extradite its citizens; and skill at hiding made her an "extreme" risk of flight.

In court Tuesday, prosecutor Alison Moe laid out "serious red flags" and detailed what she described as additional evidence of Maxwell's deception, saying Maxwell told a real estate agent involved in the sale of her New Hampshire estate -- where Maxwell was living when she was arrested July 2 -- that she was a journalist named Janet Marshall.

Only upon seeing Maxwell's photo in news reports following her arrest did the agent realize he had been duped, Moe told the court.

"These facts make clear to the court that the defendant has the ability to remain in hiding," Moe told the judge. "She's good at it," she said, adding that Maxwell has the "ability and willingness to live off the grid indefinitely."

Moe also read a statement from an anonymous "Jane Doe" who alleged abuse by Maxwell and said "without Ghislaine, Jeffrey could not have done what he did."

"If she believes she risks prison, she will never come back," the statement said. "If she is out, I need protection."

Annie Farmer, another woman who has said she was a victim of Epstein and Maxwell, spoke during the hearing. Calling Maxwell a "sexual predator," Farmer said: The "danger Maxwell poses must be taken seriously."

Maxwell's attorneys asked the court to consider a bail package that would include home confinement, GPS tracking and a $5 million bond secured, in part, with a property in the United Kingdom, and on Tuesday her lawyer Mark Cohen told the judge that prosecutors had sought to portray her as "a ruthless, aimless, sinister person."

"She's not the monster that's been portrayed by the media and government," Cohen said.

He argued that preparing for trial with Maxwell in jail, particularly given the current restrictions due to the coronavirus pandemic, would be "just not realistic," adding that she has been held in the "equivalent of solitary confinement" and wasn't allowed to shower for 72 hours upon being transferred to the Brooklyn detention facility.

He dismissed concerns about her foreign citizenship, saying the United Kingdom and France are "not exactly exotic places." He explained that Maxwell's attempt to run into another room in her New Hampshire home when federal agents broke through her door wasn't an effort to escape them, as prosecutors alleged, but rather an attempt to follow the protocol set out by her private security.

And in response to prosecutors' claims that Maxwell hadn't provided a full accounting of her finances, Cohen said she had been unable to do so while jailed without access to certain information.

Prosecutors, however, urged the judge to reject those arguments, in particular focusing on what they described as her "opaque" finances. "At a basic level, the defense argument is that she cannot remember off the top of her head just how many millions of dollars she has," Moe told the judge. "That should cause the court serious concern."

Though the judge agreed with Maxwell's lawyers that her decision not flee the country while under criminal investigation for at least a year should be given "significant consideration," she ultimately rejected the proposed bail package.

The judge said she found it "practically impossible" to set financial conditions that could assure Maxwell's appearance in court, adding that "her recent conduct underscores her extraordinary capacity to avoid detection."

The judge scheduled Maxwell's trial to begin on July 12, 2021. Prosecutors said they expect the trial to take about three weeks.

Correction: A previous version of this story gave the wrong date for Maxwell's arrest. She was arrested July 2.