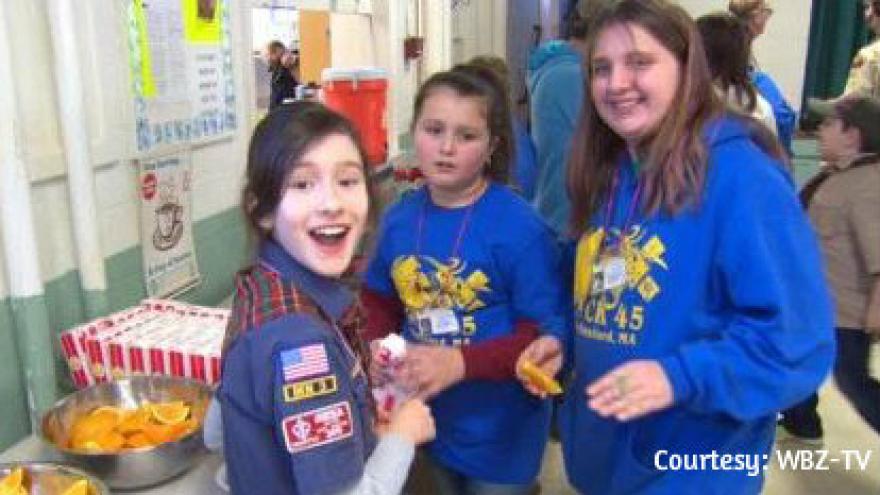 CHELMSFORD, Mass. (WBZ-TV) -- Girls were able to participate as official members of the Boy Scouts on Saturday in Chelmsford for the first time ever in Massachusetts.

Cub Scouts Pack 45 welcomed five girls as members of their unit for the very first time.

One kindergartener, one second grader, and three fourth graders built cars for the annual Pinewood Derby as they joined Pack 45.

Last fall, the Boy Scouts announced that girls would be allowed to join beginning in 2018.

Now instead of watching from the sideline, the girls get to compete with the boys.

“It means that I get to be part of a special pack and I get to make friends and have fun,” she said Saturday.

Wetzel said girls have been coming to Cub Scout events for some time.

The boys and girls made their own racing cars out of wood to see who has the fastest.

A.J. Henderson, 8, is proud of his little sister who is now both a Girl Scout and Boy Scout.

“I’m fine that Charlie’s in. I think it’s a great way for girls and boys to share a hobby together, and siblings. Well, it’s a good way to spend time with each other,” Henderson said.

The decision to allow the girls in came with controversy.

“I think there could be complications along the way and I think that they’re probably really doing a lot of hard work to try to figure out what the future holds,” said mother Carrie Leatherman.

Hazel’s dream is to become an Eagle Scout.

“And prove to the boys that girls can be just the same as them,” she said.