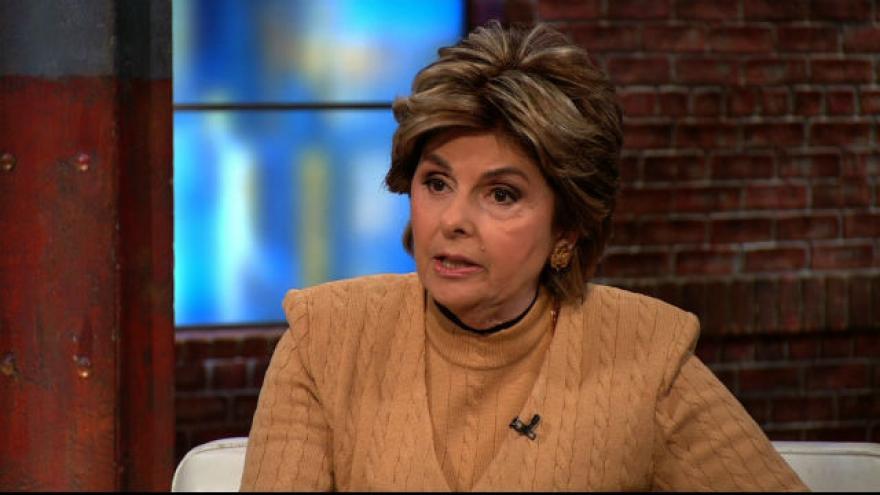 Attorney Gloria Allred has represented many women who say they were sexually abused by powerful men. Photo courtesy CNN

(CNN) -- High-profile attorney Gloria Allred now finds herself in a dispute over the nondisclosure agreement that allegedly bought gymnast McKayla Maroney's silence about sexual abuse by a USA Gymnastics doctor.

Allred, who has represented many women who say they were sexually abused by powerful men, has declined comment.

Attorney John Manly, who's now representing Maroney in a lawsuit against USA Gymnastics, told CNN Thursday that attorneys for USA Gymnastics drafted the language of the strict nondisclosure agreement. He accused the organization of deceit for suggesting that Allred was behind it.

"This is not Gloria's fault, it is no one's fault but theirs," he said of USAG.

Manly said Allred drafted a letter proposing a monetary settlement to USAG because his client was "desperate" for money for psychological treatment following years of abuse by team doctor Larry Nassar.

"In December of 2016, after suffering for years from psychological trauma of her sexual abuse at the hands of Nassar, and in need of funds to pay for psychological treatment," Maroney was forced to enter into a confidential agreement with USA Gymnastics, states the lawsuit filed Wednesday in Los Angeles County Superior Court.

The complaint alleges USAG attempted to silence Maroney through the confidentiality and non-disparagement clauses of the agreement.

USAG said in a statement that they're disappointed by the filing and that they can't address the mediation itself because it's confidential.

Manly said Maroney's emotional state had rapidly deteriorated to the point where she refused to leave her bedroom and her mother "was afraid she was going to ... find her dead."

At the time, he said, she was "desperate" and "suicidal" and unable to withstand the rigorous demands of court proceedings that would dredge up her past abuse.

The lawsuit alleges the confidentiality provision was forced upon Maroney so that "USAG could further conceal and shield from public scrutiny, outside investigation, and law enforcement, the true nature of Nassar's horrific sexual abuse of minors."

The suit said USAG had "a plan to keep the sexual abuse of Nassar quiet, and allow Nassar to quietly leave USAG, further silencing his victims."

The complaint also names as defendants Michigan State University, the US Olympic Committee and Nassar, who has admitted sexually abusing underage girls.

MSU spokesman Jason Cody said the university does not comment on ongoing litigation. Attorneys for Nassar did not return calls seeking comment.

Nassar was sentenced to 60 years in federal prison on child pornography charges earlier this month. In November, he pleaded guilty to seven counts of first-degree criminal sexual conduct and admitted to using his position to sexually abuse underage girls.

In a statement, USOC spokesman Mark Jones said the Olympic committee was not part of the settlement.

"We were first made aware of the possibility that a USA Gymnastics physician had sexually abused USA Gymnastics athletes in the summer of 2015 when we were informed by USA Gymnastics," the statement said. "At that time USA Gymnastics indicated that they were in the process of contacting the appropriate law enforcement agencies."

It continued, "We are heartbroken that this abuse occurred, proud of the brave victims that have come forward and grateful that our criminal justice system has ensured that Nassar will never be able to harm another young woman."

But USA Gymnastics said Allred, who represented Maroney at the time, approached the organization about a confidential mediation process.

"USA Gymnastics cannot speak to the mediation process, which is confidential and privileged under California law," the statement said.

No other athletes who leveled accusations against the 54-year-old Nassar were asked or compelled to sign confidential settlement agreements, according to Stu Mollrich, a representative of the law firm behind Maroney's suit.

Mollrich said Maroney's case was the only one settled among the 106 accusers represented by Manly.

Last month, Allred filed a suit against The Weinstein Company on behalf of one of movie mogul Harvey Weinstein's accusers.

Allred came under personal attack from former Republican Senate candidate Roy Moore and his wife for representing an Alabama woman who claims he sexually assaulted her when she was a teenager. Moore denied the allegation.