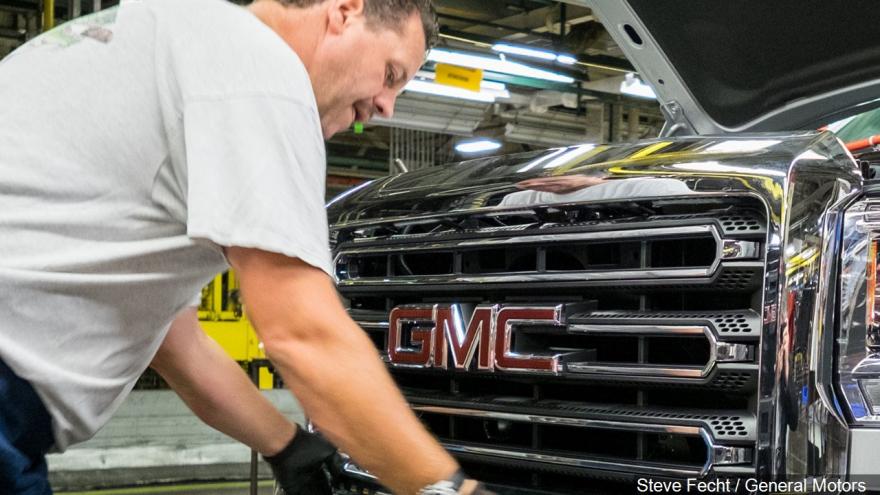 The Lansing Delta Township Assembly plans to add a third shift and about 800 jobs to build the Chevrolet Traverse and Buick Enclave SUVs.

The Lansing Grand River Assembly will add a second shift to build the new Cadillac CT4 and CT5 sedans. The plant has been building the Chevy Camaro, although it also began production of the CT5 late last year after the end of 41-day national strike by the nearly 50,000 hourly workers at GM.

GM, along with rivals Ford and Fiat Chrysler, has moved away from sedan models due to a growing preference from buyers for SUVs. But it still sees demand for sedans in the luxury cars segment, as well as for performance cars like the Camaro coupe.

The company ended production at its last remaining plant in Detroit, the Hamtramck plant, when it built its last Impala there on Thursday.

There were about 700 hourly workers at the plant, which was down to one shift a day. GM plans to start building an electric pickup there late next year, but many of the plants' employees will be out of work until then, unless they take an open position in Lansing about 90 miles away.

While the strike last fall did lead to an agreement to save the Hamtramck plant, GM went ahead with plans to close three other US plants, one in Lordstown, Ohio, one in Baltimore and one in Warren Michigan.

The new shifts should start in Lansing later this spring.