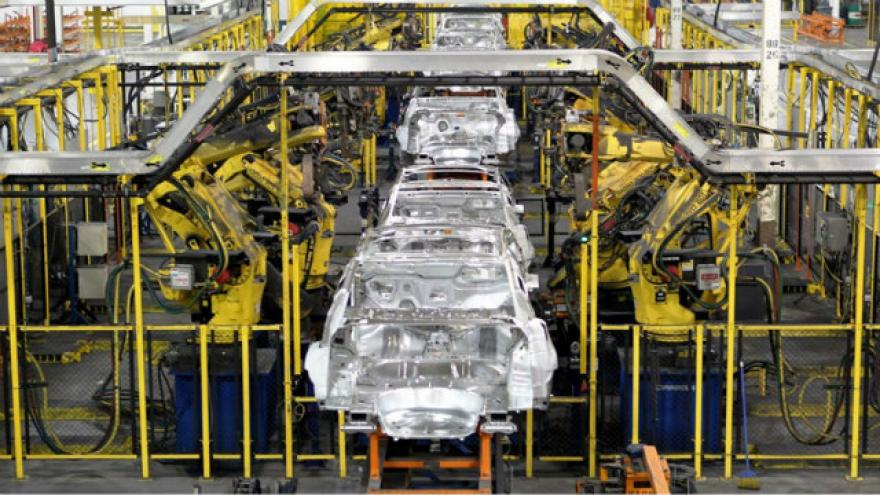 General Motors has found new jobs for some of the workers at soon-to-close auto plants. Photo courtesy GM

(CNN) -- General Motors has found new jobs for many of the workers at soon-to-close auto plants.

The automaker said Wednesday that nearly 950 workers at the Lordstown, Ohio, and the Hamtramck plant in Detroit have accepted jobs at other plants. Most will take jobs at the Flint, Michigan, assembly plant and the Spring Hill, Tennessee, plant.

Another 550 employees have indicated a willingness to accept other jobs and are waiting to hear where they will be placed.

GM announced in November that 8,000 salaried workers, and 6,000 hourly workers will either lose their jobs or be reassigned to other plants. Of those 6,000 hourly jobs, GM said that 1,200 of the employees at Lordstown and Hamtramck are eligible to retire, and the automaker will have at least 2,700 job opportunities available at other US plants for the laid-off workers. Those 2,700 jobs include the 950 already filled.

Relocated workers will be given opportunities in Texas, Ohio, Michigan, Kentucky, Tennessee and Indiana. Workers at the Baltimore and Warren, Michigan, transmission plants also slated to close later this year will be offered transfer opportunities closer to the shutdown of their plants.

On Wednesday, GM, the leading US automaker, reported its first financial results since announcing plans to close four US plants and another in Canada in November. GM posted a smaller-than-expected drop in earnings for the year. The company got a boost from strong revenue. It also said it expects earnings to rebound in 2019.

GM posted a narrow loss in its international unit, which includes China.

The number of cars it sold in China, its largest market, fell by 25% in the quarter. The decline reflects the an industrywide slump. Car sales in China fell sharply in the fourth quarter as the economy there slowed.

The China business was still profitable, but the international business outside of China lost money. The company expects industrywide car sales in China to be flat year over year in 2019.

The number of vehicles sold in the United States also fell in the year, but was off only 3%. And revenue in North America was up $2.4 billion for the year because of strong truck sales and SUVs.

Shares of GM rose in early trading on the stronger-than expected earnings and outlook.