'Godzilla vs. Kong' is the biggest hit of the pandemic 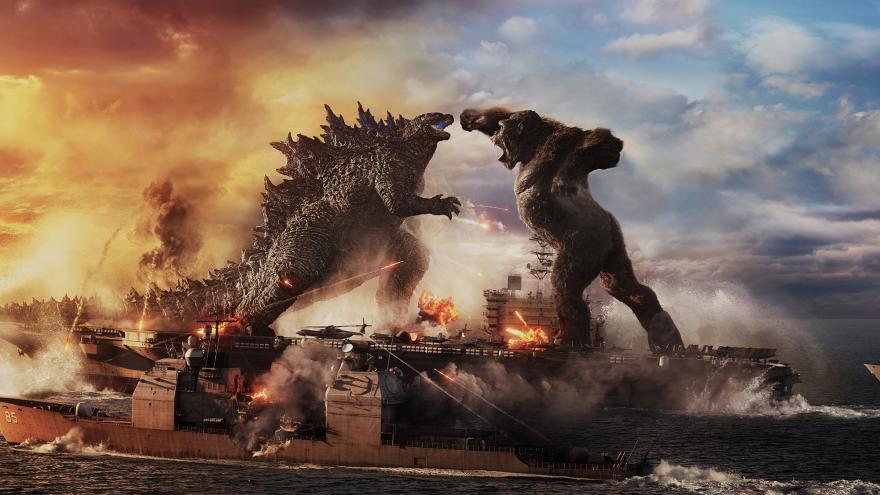 (CNN) -- The movie theater industry has been in desperate need of good news since the beginning of the pandemic. That good news finally came on Sunday thanks to a giant radioactive lizard and an oversized ape.

Warner Bros.' monster mash "Godzilla vs. Kong" brought in the biggest opening weekend of the pandemic era so far.

The film, which pits two of the most iconic movie monsters in film history against one another, nabbed $48.5 million over the five-day holiday weekend in North America, according to the studio. The film made $32.2 million for its three-day opening. (Warner Bros., like CNN, is owned by WarnerMedia.)

That greatly exceeded industry expectations for the film's opening, which were projected to be closer to $20 million for five days — a hopeful signal to the beleaguered theater industry that moviegoing may be on the mend.

The top opening weekend of the pandemic so far was "Wonder Woman 1984," which made $16.7 million over its first three days in December, according to Comscore.

"It sure looks like moviegoing is coming back. I can't think of a simpler way to say it," Shawn Robbins, chief analyst of Boxoffice.com, told CNN Business. "We're not out of the woods yet, but if I'm a theater owner this feels like new life and if I'm a movie studio this definitely gives me a a lot more confidence to release movies in theaters."

A $48.5 million opening weekend in normal times would typically not be worth celebrating, but movie theaters have been ravaged by the coronavirus pandemic for more than a year. The industry had to shut down theaters around the world, studios delayed blockbusters and audiences were hard to find even when marquees were turned back on.

The film's totals are especially impressive considering that theaters are nowhere near full capacity and some aren't even fully operational yet. Yet, it appears that audiences are returning as vaccinations ramp up across the country. This weekend the US delivered more than 4 million doses of the coronavirus vaccine in a 24 hour period.

Warner Bros. announced in December that all of its 2021 films would be released in theaters and to HBO Max simultaneously, so "Godzilla vs. Kong" was available on WarnerMedia's streaming service HBO Max and in theaters when it opened last week.

"To me, streaming and moviegoing were never really true enemies because they're two very different experiences," Robbins said. "For the past year, people have been stuck at home and moviegoing has left our daily lives, and not by choice. Now that choice is back and we're seeing that people still want to go to the movies."

Now Hollywood looks towards its most lucrative season.

Ultimately, time will tell if the successful box office roll out of "Godzilla vs. Kong" this weekend was a solitary event or the beginning of a big turnaround for cineplexes.