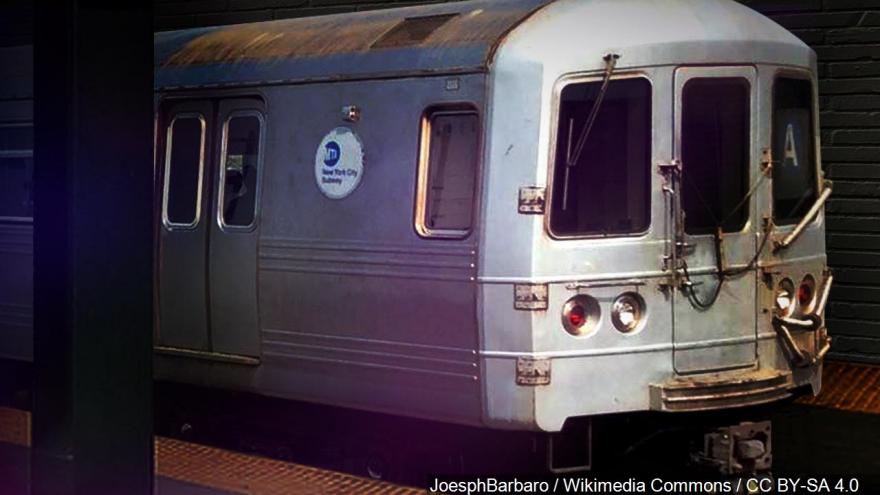 (CNN) -- A 45-year-old man holding his 5-year-old daughter was killed when witnesses say he jumped in front of a subway train in New York City on Monday.

The girl survived the incident, which happened at Kingsbridge Road station in the Bronx around 8 a.m. At least two commuters went onto the tracks to help pull her to safety.

Cell phone footage taken from across the platform shows two men down on the tracks as the girl crawls out from under the train. "She was telling me, 'What happened to my daddy?'" one of the men, identified as Jairo Torres, told CNN affiliate WCBS. "Then I said, 'Don't look at your daddy, come to me. Come like a puppy.'"

Police said Fernando Balbuena-Flores was pronounced dead at the scene. His daughter had scratches and lacerations but was otherwise uninjured, police said.

"My little girl is in perfect condition thanks to God and the angels that protected her," the girl's mother, Niurka Caraballo, told WCBS.

Authorities have been told by witnesses that the man appeared to intentionally jump onto the subway tracks, according to a law enforcement source, who added the incident is still under investigation.

"The man that I saw jump in had a little girl in his wrists and in his arms. Next thing I know, he and her jumped," Jennifer Hub told WCBS.

"This is a tragedy and our thoughts are with the family members as well as with our train operator -- this is a traumatic event for everyone involved," an MTA spokesman said.