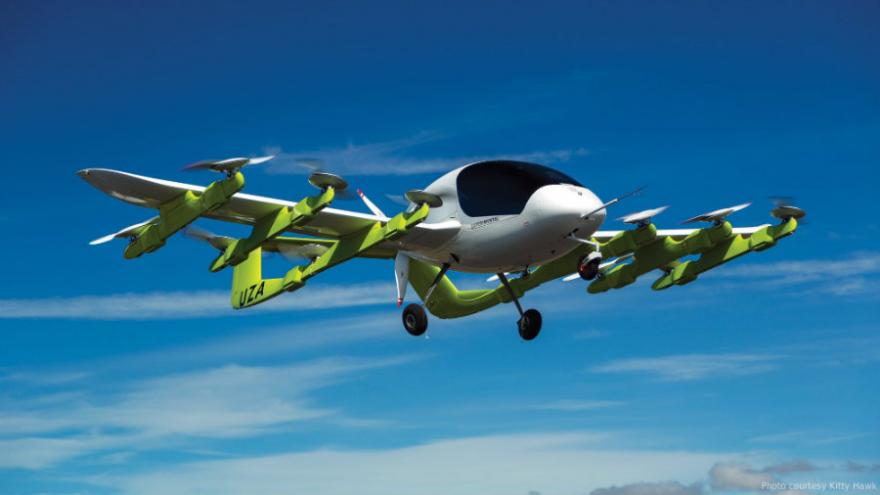 It released footage of one of those vehicles in flight, billing it as a cross between the Delorean from "Back to the Future" and "The Jetsons" hovercar.

Dubbed "Cora," the vehicle can "take off like a helicopter and transition to flying like a plane," Kitty Hawk said in a statement on Monday.

Cora is also self-piloting, can fly faster than 150 kilometers per hour (93 miles per hour) and has a range of 100 kilometers (62 miles), according to the company.

"We are offering a pollution free, emissions free vehicle that flies independently," Fred Reid, head of Kitty Hawk operations in New Zealand, said in a video posted on the company's website.

Kitty Hawk had previously tested another flying vehicle prototype called the "Flyer" last April. It looked less like a car than a jet ski with wings.

Several other companies, including Uber and Airbus, are also racing to commercialize flying taxis. The vehicles more often look like small planes than flying cars. Like Kitty Hawk's Cora, many rely on drone technology and vertical takeoff and landing, so they don't need a runway.

Airbus' flying car prototype -- the Vahana -- made its maiden flight in Oregon last month. Executives said they hope to have a marketable version of Vahana ready to sell in 2020.