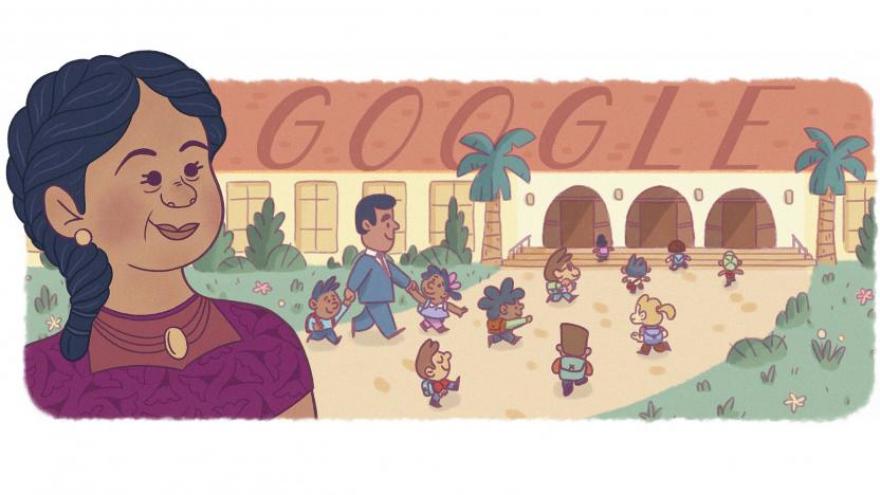 Hispanic Heritage Month kicks off on Tuesday, and Google is fittingly celebrating with a new Google Doodle -- of civil rights pioneer and business owner Felicitas Mendez.

Mendez, born in 1916 in Puerto Rico, is most known for her role in suing the school district in the town of Westminster, California, after her children were refused enrollment at a local public school because of their skin color.

Mendez married a Mexican immigrant. She and other parents came together demanding the school district allow their Mexican-American children entry into an all-White school.

A federal district court in 1946 ruled that school districts were violating Mexican American citizens' rights, and ruled in favor of Mendez and the other parents.

The ruling paved the way for the landmark decision, Brown v. Board of Education, which ruled against the segregation of public schools.

"Thank you, Felicitas Mendez and family, for helping to lead the way toward a more just future," Google said.

The doodle features Mendez, who died in 1998, looking over her shoulder at a school, as children of various ethnicities enter the building.