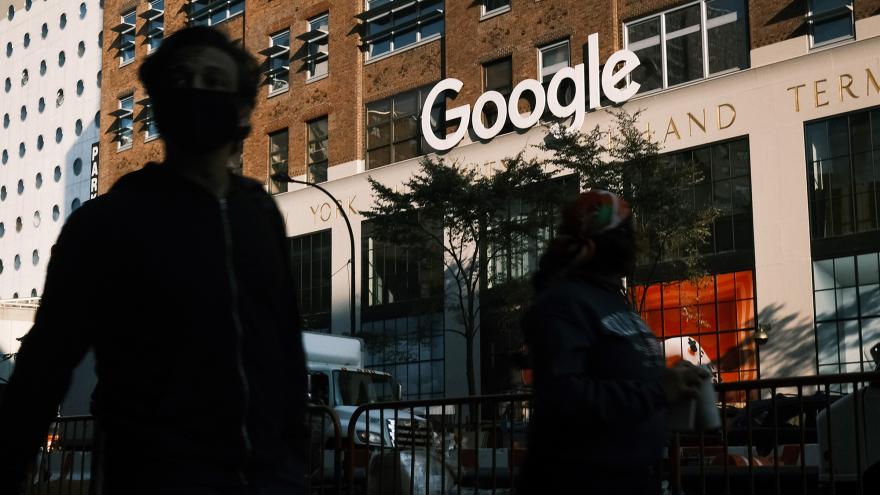 (CNN) -- Hundreds of employees at Google and its parent, Alphabet, have launched a union, a rare step for the tech industry that also represents the biggest and most organized challenge yet to the company's executive leadership.

Announced Monday morning, the Alphabet Workers' Union will be run by employees and open both to full-time workers and contractors at the tech giant.

"This is historic," said Dylan Baker, a Google software engineer, in a release. "The first union at a major tech company by and for all tech workers. We will elect representatives, we will make decisions democratically, we will pay dues, and we will hire skilled organizers to ensure all workers at Google know they can work with us if they actually want to see their company reflect their values."

The initiative launched with more than 200 members, according to a New York Times op-ed the group published Monday morning. As many as 226 of the group's members have signed union cards with the Communications Workers of America (CWA), one of the country's largest labor unions.

The work to build the union began in secret over a year ago, said Andrew Gainer-Dewar, a Google software engineer who helped lead the effort.

"You have to organize one-to-one, in sort of a very cloak-and-dagger way," he told CNN Business, "meeting with people, broaching the subject carefully, being really thoughtful about who we tell what, when, and really only reaching out based on their personal relationships, the people that we see being publicly upset about issues."

While the pandemic made it more challenging to hold those meetings face-to-face, he said, the shift to remote work, in some ways, made it easier to organize.

"Video calls are a fantastic one-to-one mechanism," Gainer-Dewar said. "And the fact that we're not having it in the office takes us out from under the all-seeing eye of a company like Google."

Unions can be federally certified when a majority of a workplace votes to support one in an election held by the National Labor Relations Board. Alternatively, according to the NLRB, a union can be voluntarily recognized by an employer if enough workers indicate they would like the union to negotiate on their behalf.

But the Google workers have opted for a third approach that, at least for now, does not anticipate formal recognition, said Beth Allen, communications director at CWA. That's because traditional collective bargaining agreements "almost always exclude contractors," Allen said, which was a nonstarter for many of the Google organizers.

That doesn't rule out the union seeking formal recognition later on. But until then, union members won't enjoy the backstop of a collective bargaining agreement with Google. Instead, Allen said, the union will likely need to pursue other tactics to push for changes at Google, such as pushing for outside media coverage, pressuring Congress for new legislation and oversight, or filing complaints to the NLRB.

Google workers could also theoretically mount a strike, though that would be a challenge and there are no current plans to do so, Allen said.

In response to the union effort, Google pledged to engage with workers.

"We've always worked hard to create a supportive and rewarding workplace for our workforce," said Kara Silverstein, Google's director of people operations, in a statement to CNN Business. "Of course our employees have protected labor rights that we support. But as we've always done, we'll continue engaging directly with all our employees."

The union's formation comes after years of rising employee tensions at Google over the company's business and operational decisions, including its work with the defense sector, plans for a censored search engine in China, and the company's handling of sexual misconduct claims, the last of which resulted in a massive employee protest. The union's demands hit on many of those issues.

"For far too long, thousands of us at Google — and other subsidiaries of Alphabet, Google's parent company — have had our workplace concerns dismissed by executives," the workers wrote in the Times op-ed. "Our bosses have collaborated with repressive governments around the world. They have developed artificial intelligence technology for use by the Department of Defense and profited from ads by a hate group. They have failed to make the changes necessary to meaningfully address our retention issues with people of color."

The organizers made special mention of Timnit Gebru, a top AI researcher who recently departed from Google after she criticized the company's diversity efforts — sparking an outcry over Google's workplace practices.

Some workers who have raised their voices in the past have been terminated, in certain cases leading to complaints to the NLRB. In December, the NLRB accused Google of breaking the law when it allegedly fired two employees for organizing.