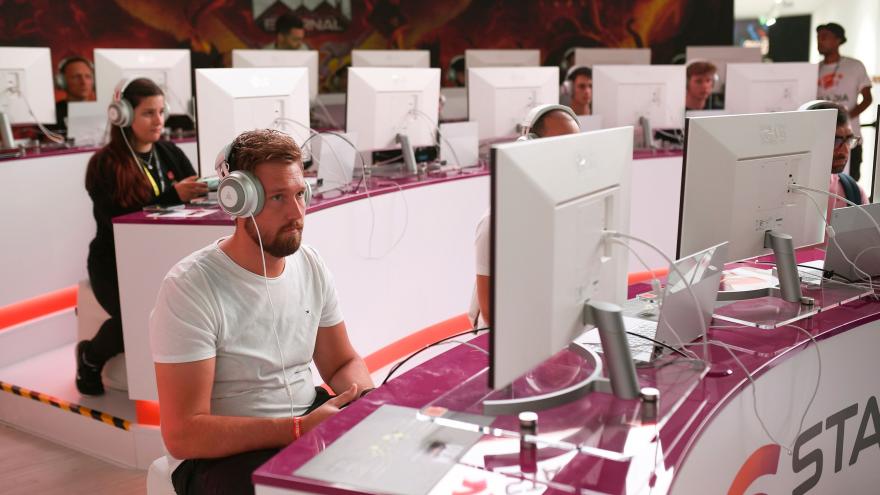 (CNN) -- Google is about to take a big step into the video game market with a service that some have likened to Netflix for games.

On Tuesday, Google will officially launch Stadia, a service for streaming and playing games without needing to own a hard copy or even a console. At launch, the service will support a lackluster lineup of a dozen games — with more already in the works — and a reasonable price tag.

Google will be competing with a daunting list of rivalsin the industry who are betting the future of video games lies in the cloud rather than just physical hardware.Microsoft is currently testing its Project xCloud service and Amazon is rumored to be working on its own cloud gaming service. Sony recently slashed prices on its cloud gaming service, Playstation Now, ahead of Stadia's launch.

"The technology is possible, but it requires a company like a Google to really make it a reality," Google Stadia head Phil Harrison told CNN Business.

WhileSony's Playstation Now service, for example, only works on PC and console, Google's supports awider mix of platforms. Stadia works on TVs with a Chromecast Ultra dongle as well as on most computers with a Chrome browser and on newerPixel phones. More devices are slated to be added in 2020.

Next year, Google will release another streaming subscription optioncalled Stadia Pro, which will cost $9.99 a month and include a rotating free game, as well as discounts for purchasing select individual titles. The companywill also offer a free-to-play version of Stadia with a lower resolution.

Analysts agree that content will make or break Stadia. "Google is not in the content business, so they're going to have to learn that part," said Joost van Dreunen, managing director at SuperData, a Nielsen company that analyzes the video game industry.

The titles available on launch may not be particularlycompelling given that "Destiny 2" is already available for free elsewhere and "Tomb Raider" originally came out in 2013. But there's hope for Stadia on the horizon. Unreleased games such as "Marvel's Avengers," "Watchdogs: Legion" and "Cyberpunk 2077" have already announced support for Stadia.

Google is also making its own games through its Stadia Games and Entertainment studio. It's headed by Jade Raymond, a Google VP who previously worked at Sony, Electronic Arts and Ubisoft. Harrison confirmed that original content could be available starting next year.

Stadia launches in 14 countries on Tuesday, including the United States, Canada, the United Kingdom, Germany, Sweden, France, and Italy. Google plans to expand it to more countries next year.