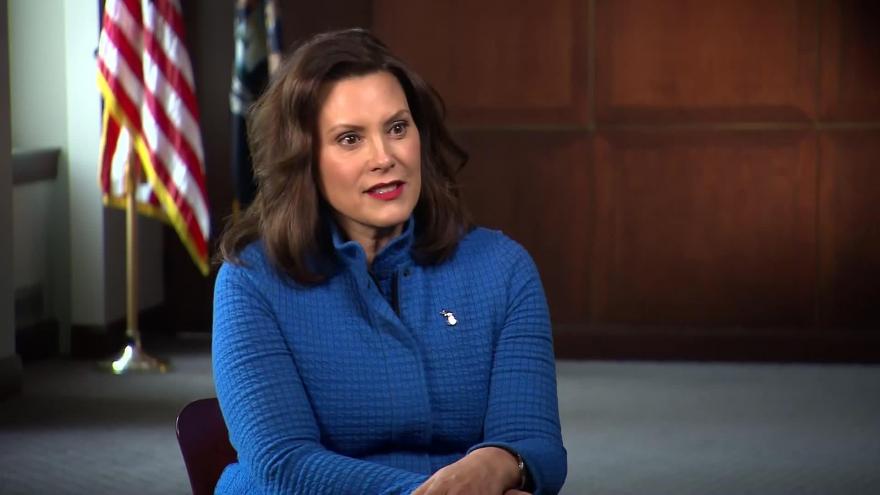 US Rep. Paul Mitchell has sued Michigan's democratic Gov. Gretchen Whitmer over her executive orders related to the coronavirus pandemic.

The Republican congressman's lawsuit alleges that Whitmer's response to the health crisis, which has included heavy restrictions on travel and business closures, violated his rights and the rights of all of Michigan's citizens.

"Michiganders can and do take reasonable, private action to protect themselves from infection without the need to shut down civil society," Mitchell, who represents Michigan's 10th Congressional District and has been in office since January 2017, states in the lawsuit.

Mitchell says that by definition, emergencies are temporary and not "permanent states of affairs."

He is seeking a judicial declaration that the executive orders are unconstitutional as well as "declaratory relief and a preliminary and permanent injunction against the Lockdown Orders and similarly crafted orders and rules issued in the future."

The new lawsuit comes as Whitmer has continued to hold steady on slowly reopening the state amid Michigan Republicans' push to get the economy going again. Whitmer last week signed executive orders that terminated the old state of emergency and put in place a new one through May 28.

Separately, Whitmer also extended Michigan's stay-at-home order through May 15, which was set to expire April 30. The new order aimed to ease the state's stay-at-home guidelines, which are among the strictest in the nation, while also mitigating the spread of the virus.

Under the new guidelines, individuals would be allowed to move between residences and to enjoy outdoor activities like motorized boating and golfing. The order also saw new guidelines for allowing certain businesses like landscapers, lawn-service companies and bike repair shops to reopen.

Michigan has about 44,000 confirmed cases of Covid-19 and more than 4,000 deaths, according to the Johns Hopkins University Center for Systems Science and Engineering. The state currently has the seventh highest number of coronavirus cases. Michigan's case count has been doubling each month and continues on a slightly upward trajectory.

Whitmer has faced repeated demonstrations against her closure orders, including at her home. Last week, protesters with firearms descended on Michigan's state capitol building to pressure Whitmer to issue more relaxed measures.

The Democratic governor has stepped into the national spotlight in recent months. Her aggressive stance on how to combat coronavirus has caught the ire of President Donald Trump. She's also been named by former vice president Joe Biden as a possible running mate.

Whitmer has been outspoken in her beliefs that the country has to listen to medical professionals.

"Whether you agree with me or not, I am working to protect your life if you live in the state of Michigan. I'm going to continue to do my job," she told Jake Tapper on CNN's State of the Union on Sunday.

Mitchell describes Whitmer's executive order as autocratic, saying keeping Michigan "on lockdown indefinitely" is "in all material respects, the same kind of government from which we declared out independence 244 years ago."

"The Governor's orders lack objective criteria by which to measure when the 'emergency' is over. In this regard, the Governor has stated that she alone will decide when the emergency will end," the court documents say.

The congressman also alleges that the executive orders violate his right to interstate travel and his right to obtain medical care for his osteoarthritis in another state. The orders also interfere with his property rights because he couldn't obtain lumber or hire workers to build a new barn and he couldn't get home improvements or necessary repairs done at his second home.

Others have filed legal challenges over how governors are handling the coronavirus pandemic. Wisconsin Gov. Tony Evers, a Democrat, was sued in late April over his stay-at-home order by the Republican-led state legislature.