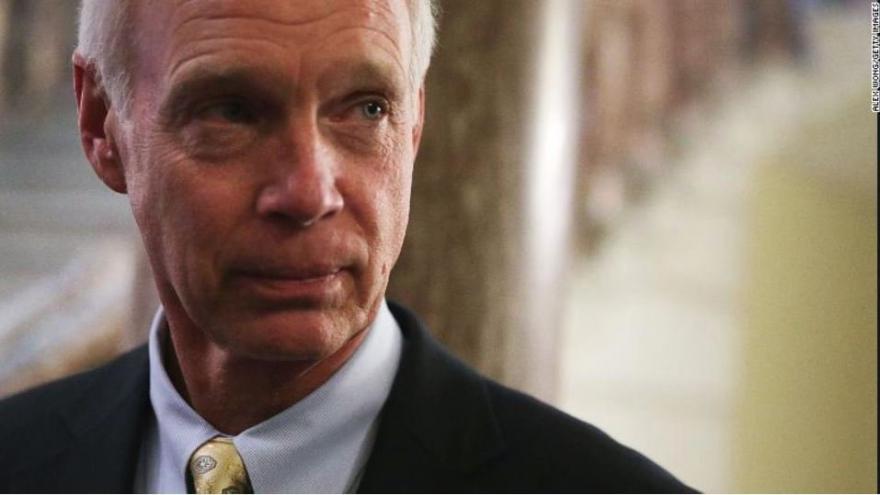 (CNN) -- Two US senators have been denied visas to Russia in what appears to be a retaliatory move on the part of the Kremlin amid continued tensions between the two countries.

Sen. Ron Johnson, a Wisconsin Republican, and Sen. Chris Murphy, a Connecticut Democrat, were scheduled to travel as part of a congressional delegation to Russia next week. Both said their visas for the trip were rejected.

A third member of the delegation, Republican Sen. Mike Lee of Utah, did not have his visa rejected, a spokesperson told CNN. Lee still plans to go to Russia, that spokesperson said. A Senate staffer familiar with the trip said Murphy is now going to Germany and will then be joined by Johnson for stops in Kosovo, Serbia and Ukraine. Those latter three stops were part of the original itinerary, the staffer said.

In a statement Tuesday, Murphy said, "Unfortunately, the Russian government is further isolating their country by blocking our visit and several others in recent months."

"With the collapse of recent arms control agreements and significant domestic opposition to Vladimir Putin's authoritarian rule, this is potentially a perilous moment for our two nations' fragile relationship, and it's a shame that Russia isn't interested in dialogue," he said.

Johnson had also expressed the desire for dialogue with Russia during the trip.

"Working with Ambassador (Jon) Huntsman, I had hoped direct dialogue with Russian parliamentarians could help set the stage for better future relations between our two nations. Unfortunately, Russian officials continue to play diplomatic games with this sincere effort and have denied me entrance to Russia," the Wisconsin Republican said in a statement Monday.

Johnson called it a "petty affront" but vowed to "continue to advocate a strong and resolute response to Russian aggression — and frank dialogue when possible."

The Russian Ministry of Foreign Affairs confirmed that Johnson is on an official list barring entry to the country, saying Tuesday he did not apply for a visa "but presented everything as if he had been refused after applying." In a tweet Monday, the Russian Embassy in Washington, DC, accused the Wisconsin Republican of being "ready not for a dialogue, but a confrontation."

The Ministry of Foreign Affairs told RIA-Novosti that Johnson was on a "stop list" in response to measures by Washington. RIA-Novosti described Johnson as supporting "anti-Russian" legislation.

In March 2019, Murphy and Johnson were among a group of lawmakers who introduced legislation aimed at countering Russian energy influence in Europe. Both are members of the Senate Foreign Relations Subcommittee On Europe And Regional Security Cooperation. Other lawmakers, such as Democratic Sen. Jeanne Shaheen of New Hampshire, have been denied entry in the past over their support for Russian sanctions legislation.

Russia's decision to deny entry to the lawmakers comes amid heightened tensions between the two countries over issues including Russia's annexation of Crimea, its 2016 election interference and the attempted poisoning of an alleged Russian spy in the United Kingdom.

There has also been military escalation after the US withdrew from a nuclear treaty with Russia earlier this month and tested a new non-nuclear missile, leading Russia to test fire nuclear-capable missiles near NATO's borders.

In an updated statement, a US State Department spokesperson said they were of reports that the senators had been denied visas by Russian authorities.

"Per standard practice, at the request of members of Congress, the Department of State was prepared to support planned travel by Senators Johnson and Murphy to Russia, in their capacities as Members of the Europe and Regional Security Cooperation Subcommittee of the Senate Foreign Relations Committee, to discuss a wide range of issues affecting relations between the United States and Russia and to assess the prospects for a more constructive relationship, including conducting Committee oversight relating to U.S. funding and sanctions," the spokesperson said Tuesday.

CNN has reached out to the Russian Embassy about Murphy's visa denial.

In efforts to restore more normal relations with Moscow, President Donald Trump has suggested reinstating Russia into the G7 and inviting the country to the summit next year.

Johnson, who is chairman of the Senate Foreign Relations Committee's Subcommittee on Europe and Regional Security Cooperation, visited Russia last year along with a group of Republican senators.

In 2014, Russia sanctioned a list of US officials and lawmakers, in response to the US imposing sanctions for Russia's annexation moves.

In a separate incident, two US Democratic lawmakers were barred this month from entering Israel for their support of the Boycott, Divest, and Sanctions movement, after Trump encouraged the move. Israel's decision against Reps. Rashida Tlaib of Michigan and Ilhan Omar of Minnesota marked a remarkable step both by Trump and his ally, Israeli Prime Minister Benjamin Netanyahu, to punish political opponents.