GOP precinct chair in Texas arrested in US Capitol riot 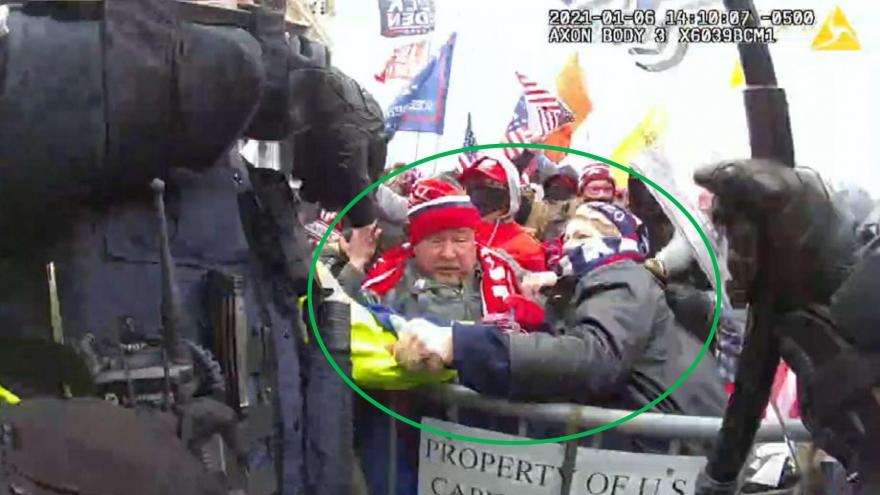 Mark Middleton who was arrested for storming the US Capitol and assaulting police officers on January 6 also serves as a Republican Party precinct chair and has been an election poll worker in north Texas. Middleton is shown here with Jalise Middleton at the US Capitol on January 6, 2021.

(CNN) -- A Texas man arrested for storming the US Capitol and assaulting police officers on January 6 also serves as a Republican Party precinct chair and has been an election poll worker in north Texas.

Mark Middleton, 52, was appointed as the chair of Precinct 14 in Cooke County in December, just a month after the presidential election, according to Chris McNamara, chairman of the Cooke County Republican Party.

RELATED: Justice Department has charged at least 400 people in Capitol riot so far

A precinct chair is a low-level elected position in local party politics.

However, Middleton was not elected. He was appointed by a committee of local Republicans to fill the vacant precinct officer position.

The Texas Republican Party says the duty of its precinct chairs is to "help promote and grow the local county party" and "to maximize the Republican vote in your precinct."

Middleton is one of multiple rioters with local Republican Party ties. Derrick Evans, a former member of the West Virginia House of Delegates, and Jorge Riley, former secretary for the State Board of the California Republican Assembly, are among those who have faced criminal charges for participating in the riot. Both men resigned after the riot.

Middleton and his wife, Jalise Middleton, were both arrested and face seven federal charges each. They have pleaded not guilty. Their attorney did not respond to a request for comment.

"These people tried to overturn the election. I don't want someone like that near a poll," said John Angus, the chairman of the Cooke County Democratic Party.

'We are on the front lines'

Mark and Jalise Middleton traveled to Washington, DC, to attend the protest against the certification of the 2020 presidential election. In court documents, FBI investigators say the Middletons marched from the White House to the Capitol grounds where they engaged in violent confrontations with two police officers trying to prevent the mob from storming inside the building.

On officer body camera footage, federal investigators say Middleton is heard saying "F**K You" after Capitol Police officers warn him and other rioters to "get back."

The court documents allege the Middletons helped knock down a barrier that allowed hundreds of other protesters to storm the west side of the Capitol.

Investigators say the Middleton couple assaulted the officers by repeatedly grabbing and striking at them with their hands. The couple would later write in Facebook posts that the officers doused them in pepper spray to keep the crowd from moving forward.

Investigators say the Middletons documented their movements on January 6 in a series of now deleted Facebook postings.

"We are on the front lines. We helped push down the barriers," Middleton wrote in the Facebook post, according to federal investigators. "We had to retreat, but more patriots pushed forward, and they're taking back our house."

Mark Middleton started volunteering with the Cooke County Republican Party last year before he was appointed as a precinct chair, according to McNamara.

Cooke County is deeply conservative and sits on the Texas-Oklahoma border about 65 miles north of the Dallas-Fort Worth area. Trump won the county in the 2020 election with 82% of the vote.

Middleton was appointed to the precinct chair position as Trump was scaling up his fraudulent attacks on the 2020 election results. But McNamara says he doesn't know if Trump's lies about the election inspired Middleton to take on a more official role in local party politics.

"I never got extreme vibes from him," McNamara said. "I felt that he was disappointed that President Trump lost."

If he chooses, Mark Middleton will be able to serve out the remainder of his term until March 2022. The Cooke County Republican chairman says the party "has no mechanism for removing him" from office.

McNamara said he was "very disappointed" in Middleton's actions and the Cooke County Republican Party does not condone the attack on the Capitol.