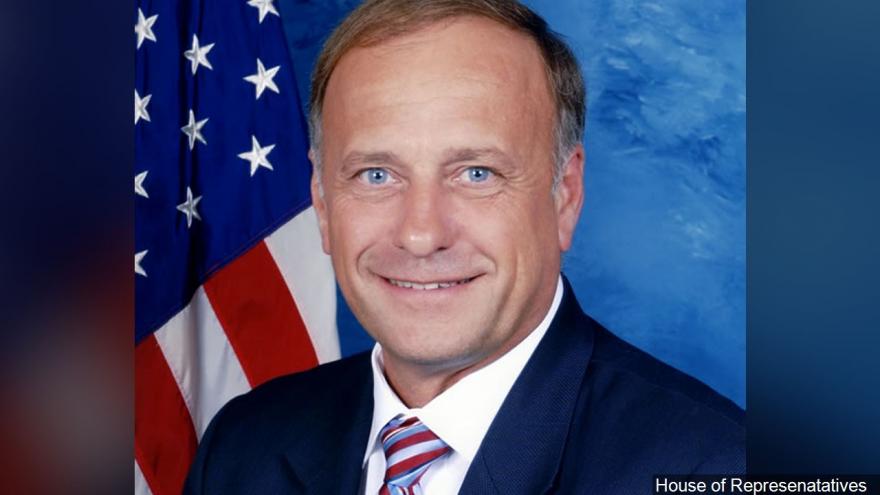 WASHINGTON (AP) — Veteran Republican Rep. Steve King will be blocked from committee assignments for the next two years after lamenting that white supremacy and white nationalism have become offensive terms.

King, in his ninth term representing Iowa, will not be given committee assignments in the Congress that began this month, House Minority Leader Kevin McCarthy said Monday night. King served on the Agriculture, Small Business and Judiciary committees in the last Congress, and he chaired Judiciary's subcommittee on the Constitution and Civil Justice.

McCarthy, R-Calif., called King's remarks "beneath the dignity of the Party of Lincoln and the United States of America."

King's comments "call into question whether he will treat all Americans equally, without regard for race and ethnicity," McCarthy said, adding: "House Republicans are clear: We are all in this together, as fellow citizens equal before God and the law."

The action by the GOP steering committee came after King and McCarthy met Monday to discuss the remarks on white supremacy, the latest in a years-long pattern of racially insensitive remarks by King.

King called McCarthy's decision to remove him from committees "a political decision that ignores the truth." He vowed to "continue to point out the truth and work with all the vigor that I have to represent 4th District Iowans for at least the next two years."

Senate Majority Leader Mitch McConnell denounced King earlier Monday, saying, "There is no place in the Republican Party, the Congress or the country for an ideology of racial supremacy of any kind."

Addressing what he called "a tale of two kings," Clyburn said the Iowa lawmaker's remarks were offensive because they embraced evil concepts.

Invoking the memory of the Rev. Martin Luther King Jr. — whose 90th birthday will be celebrated on Tuesday — Clyburn called on colleagues from both parties "to join me in breaking the deafening silence and letting our resounding condemnation be heard."

Rep. Bobby Rush, D-Ill., said he will introduce a censure resolution, a more serious action by the House, that Rush said would announce to the world that Congress has no home for "repugnant and racist behavior."

"As with any animal that is rabid, Steve King should be set aside and isolated," Rush said Monday in a statement that also called on Republicans to strip King of his committee memberships until he apologizes.

"It doesn't matter if you're a Democrat or Republican, we all have a responsibility to call out Rep. King's hateful and racist comments," Ryan said, noting that the white supremacy comments were not the first time King has made headlines for inappropriate language.

The text of Rush's censure resolution lists more than a dozen examples of King's remarks, beginning with comments in 2006 in which he compared immigrants to livestock and ending with his lamentation in the New York Times last week that white supremacy and white nationalism have become offensive terms.

McConnell, in his statement, said he has "no tolerance" for the positions offered by King, and said "those who espouse these views are not supporters of American ideals and freedoms. Rep. King's statements are unwelcome and unworthy of his elected position. If he doesn't understand why 'white supremacy' is offensive, he should find another line of work."

One Republican did not join the chorus of criticism. Asked about King's remarks Monday, President Donald Trump said, "I haven't been following it."

King on Friday suggested he's been misunderstood. He said on the House floor that the interview with the Times was in part a "discussion of other terms that have been used, almost always unjustly labeling otherwise innocent people. The word racist, the word Nazi, the word fascist, the phrase white nationalists, the phrase white supremacists."

King said he was only wondering aloud: "How did that offensive language get injected into our political dialogue? Who does that, how does it get done, how do they get by with laying labels like this on people?"

South Carolina Sen. Tim Scott, who is the only black Republican in the Senate, cast King's remarks and those like them as a blemish on the country and the Republican Party.

"When people with opinions similar to King's open their mouths, they damage not only the Republican Party and the conservative brand but also our nation as a whole," Scott wrote in an op-ed last week in The Washington Post.

"Some in our party wonder why Republicans are constantly accused of racism — it is because of our silence when things like this are said," Scott wrote.

Sen. Mitt Romney, R-Utah, also condemned King, telling CNN Monday that King "doesn't have a place in our party" or in Congress and should resign.

King's position in the GOP had been imperiled even before his remarks about white supremacy.

Shortly before the 2018 midterm elections, in which King was running, Rep. Steve Stivers, R-Ohio, then the head of the GOP campaign committee, issued an extraordinary public denunciation of him.

King has already drawn a primary challenger for the 2020 election: Randy Feenstra, a GOP state senator. Feenstar said Monday, "Sadly, today, the voters and conservative values of our district have lost their seat at the table because of Congressman King's caustic behavior."