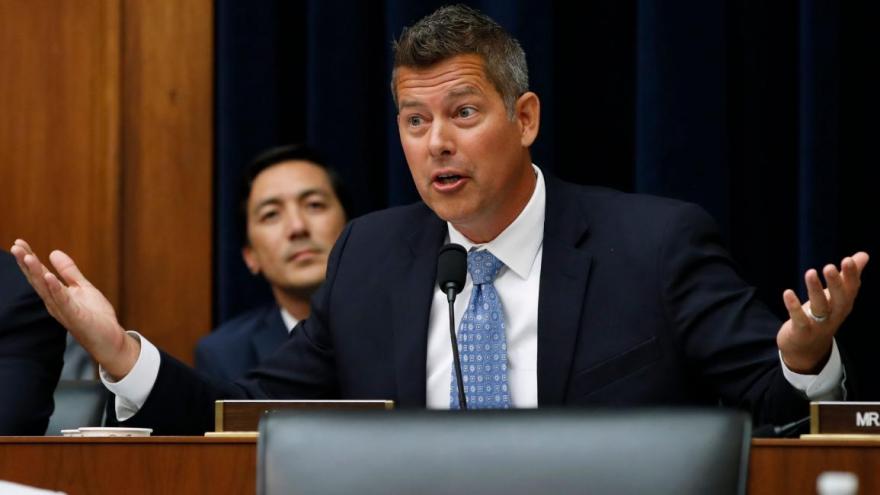 Wisconsin Republican Sean Duffy announced Monday that he will resign from Congress next month, joining nine other House Republicans who have announced their own planned departures in recent weeks.

(CNN) -- Wisconsin Republican Sean Duffy announced Monday that he will resign from Congress next month, joining nine other House Republicans who have announced their own planned departures in recent weeks.

Duffy, a Trump ally who has represented Wisconsin's 7th district since being elected in 2010, wrote in a Facebook post that he would be stepping down on September 23, citing a desire to spend more time with his family ahead of the upcoming birth of his ninth child. Duffy said he and his wife, Fox News contributor Rachel Campos-Duffy, learned there were complications with the pregnancy.

"Recently, we've learned that our baby, due in late October, will need even more love, time, and attention due to complications, including a heart condition," he wrote. "With much prayer, I have decided that this is the right time for me to take a break from public service in order to be the support my wife, baby and family need right now."

Duffy, formerly a professional lumberjack athlete and ESPN color commentator, was district attorney of Ashland County, Wisconsin from 2002-2008, before seeking and winning election to the House in the GOP wave of 2010. In 2018, he handily won reelection by 22 points.

The congressman earned President Donald Trump's praise earlier this year when he introduced a bill to expand presidential powers to impose tariffs, titled the US Reciprocal Trade Act. If passed, the legislation would enable Trump to respond to foreign countries' existing tariffs on American goods with equal tariffs on their products. Republicans in the Senate, who have sought legislation to limit Trump's tariff authorities rather than add to them, quickly disregarded the bill at the time.

"I will miss being your Congressman, but I am also looking forward to having more time with my family, being home for more birthdays and hockey games, and having time to enjoy and care for our new baby girl, who is already so loved by our family," Duffy wrote in his announcement.